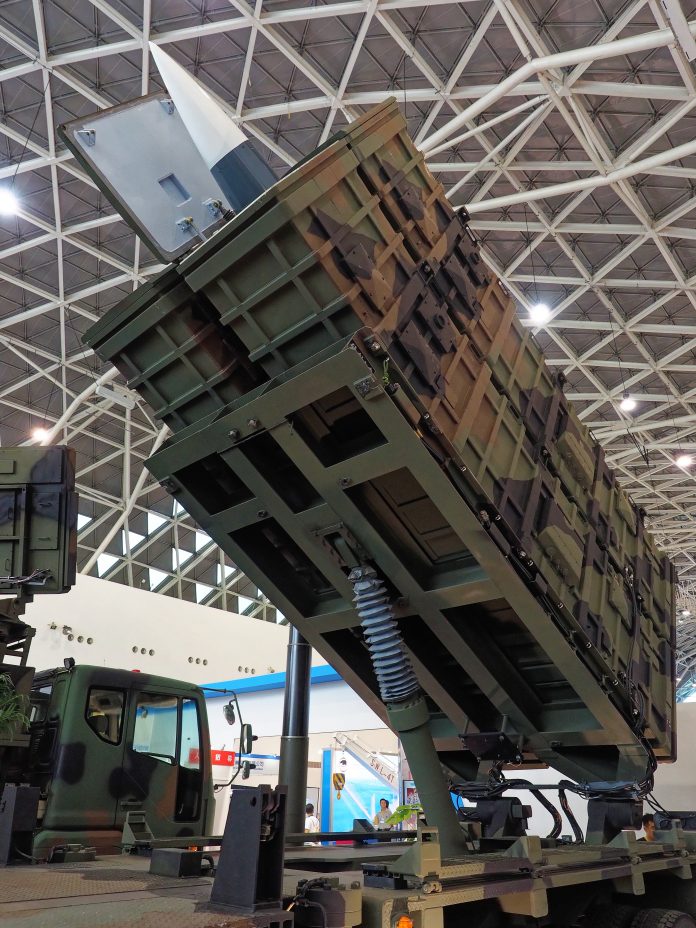 According to several Taiwanese news outlets, the RoCN has built a missile base and deployed an unknown number of Hsiung Feng III anti-ship missiles there to enhance coastal defences. The missiles are reportedly operated by elements of the service’s Hai Feng Shore Based Anti-Ship Missile Group.

The Hsiung Feng III is a supersonic missile developed and manufactured by the state-owned National Chung-Shan Institute of Science and Technology (NCSIST). It carries a 120 kg armour-piercing fragmentation warhead and is capable of directing most of the explosive energy downward once it has penetrated a ship’s hull to maximise damage.

The missile adopts a similar configuration to ramjet-powered missiles such as China’s YJ-12/CM-302 and the Russia’s 3M80 Moskit and Kh-31. Very little information is available on the weapon, but it reported possesses a range of up to 220 nautical miles.

Both missiles have now been widely deployed across the RoCN’s surface fleet, with the Cheng Kung- and Kang Ding-class frigates and Tuo Jiang-class stealth corvettes currently armed with a mix of these missiles.

NCSIST has also developed a road-mobile Missile Launch Vehicle for the Hsiung-Feng II and Hsiung-Feng III missiles, which would be the likely configuration for the missiles deployed at the RoCN’s Taichung-based facility.

Taiwan has been increasing the production of many of its indigenous weapons systems – including other missiles such as the Tien Kung III (Sky Bow III) surface-to-air missile – following an announcement by President Tsai Ing-wen in February to boost the island’s defence against an increasingly assertive China.