China and Russia continue to demonstrate their apparent closeness following the conclusion of their three-day joint Maritime Interaction exercise in the Sea of Japan from 14-17 October, entitled Sea Interaction 2021 .

Reports indicate that at least 10 significant warships, split evenly between China and Russia, were involved and, according to Russian news agency Tass, around ’20 different combat exercises’ were performed.

Tass reported that the Russian naval ships present included “the Project 1155 large anti-submarine warfare ship Hero of the Russian Federation Admiral Panteleyev, the Project 20380 corvettes Aldar Tsydenzhapov and Gromky (Steregushchy-class), two harbour minesweepers, the Project 877 submarine Ust-Bolsheretsk (Kilo), a missile boat, and a rescue tug. The Chinese warships participating in the exercise included the destroyers Kunming and Nanchang, the corvettes Qinzhou and Luzhou, a diesel submarine, a supply ship, and a rescue vessel.”

The combined fleet transited through the Tsugaru Strait, which runs between the Japanese islands of Hokkaido and Honshu. While this is classified as international waters, it is only so because Japan adheres to a smaller three nautical mile (5.6km) national limit into the strait in contrast to the internationally adopted 12 nautical miles (22.22 km) that they might otherwise claim. The narrowest point of the strait is 12.1 miles (19.5 km).

The Chinese and Russian navies appear to be stepping up their joint exercises across many international maritime regions, from Asia to the Baltic Sea. This arguably mirrors the democratic powers who are extending their own joint exercises. Notably this was embodied by the recent Royal Navy Carrier Strike Group (CSG) deployment centred around the aircraft carrier HMS Queen Elizabeth to the South China Sea and beyond, working with NATO allies and conducting other international exercises along the way.

With fewer allies of note to rely on, China and Russia are likely to keep ignoring their differences and even expand the scope of their military cooperation into multi-domain exercises and planning, sending the message that they also have a global reach when operating together. 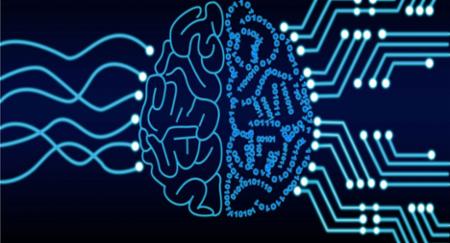 Two interesting items of news released by NATO at the end of last week. The first was that Defence Ministers had agreed the first ever NATO strategy for Artificial Intelligence (AI) and data exploitation. Both of these are seen as elements of the top seven technology subjects that need close development going forward. The others include quantum-enabled technologies, autonomy, biotechnology and human enhancements, hypersonic technologies, and space.

The strategy has identified six principles of responsible use of AI for defence. These are:

8 October – Australia, EA-18G Growler Aircraft and Related Defence Services
The State Department has approved a possible Foreign Military Sale to the Government of Australia of MH-60R Multi-Mission Helicopters, Related Defense Services, and related equipment for an estimated cost of $985 million.

Highlighting a selection of major equipment contracts over $100 million+ and Foreign Military Sales between 12 – 22 October.

21 October
US NAVY
(Highest award of the day). L3 Harris Technologies is awarded a $25.5 million contract modification that will provide services and support for flight test instrumentation systems. Strategic Systems Programs is the contracting activity.

20 October
US NAVY
Lockheed Martin Aeronautics is awarded a $206 million modification that adds scope to provide non-recurring engineering, detailed aircraft modification execution planning and technical data packages in support of modifications to the F-35 developmental test fleet aircraft. These modifications are necessary to support flight tests for the F-35 developmental test fleet and for the capabilities delivered under the F-35 Block 4 modernisation in support of the Joint Strike Fighter Program for the Air Force, Marine Corps, Navy, and non-US Department of Defense (DOD) participants. The Naval Air Systems Command is the contracting activity.

13 October
US AIR FORCE
(Highest award of the day). Kratos Unmanned Aerial Systems has been awarded a $53 million modification contract that provides for the purchase of spare parts under the basic IDIQ contract. Air Force Life Cycle Management Center is the contracting activity.