November 14-18, 2021: Rafael Advanced Defense Systems will be participating in the 2021 Dubai Air Show, marking the company’s first large-scale presence in a global defense exposition within the United Arab Emirates.

Throughout the week, Rafael will showcase some of its most advanced operational and combat-proven aerial defense solutions which are supported and enhanced by the use of artificial intelligence. The focus on and the importance of the regional partnership for Rafael in the United Arab Emirates is well illustrated by the Joint Venture established with G42, a leading technology company based in Abu Dhabi. Together the focus has been to synergize between artificial intelligence and big data, making Rafael a global playmaker in these fields.

Below you can find a detailed list of the systems that will be on display:

MIC4AD: a unified command & control system optimizing resource management between defensive systems, offering swift target allocation for the most appropriate response and fire control. The system is currently deployed by some 28 air forces around the world.

SPICE Family: an air-to-ground weapon system that attacks targets with pinpoint accuracy and at high attack volumes, without depending on GPS navigation and in GPS-denied environments.

RECCELITE: an electro-optical, tactical reconnaissance pod which provides real-time imagery collection and data transfer. Self-contained and self-cooled, the multi-sensor system is composed of an airborne payload, a wide digital data link and a ground exploitation station. RECCELITE is combat proven and operational worldwide. 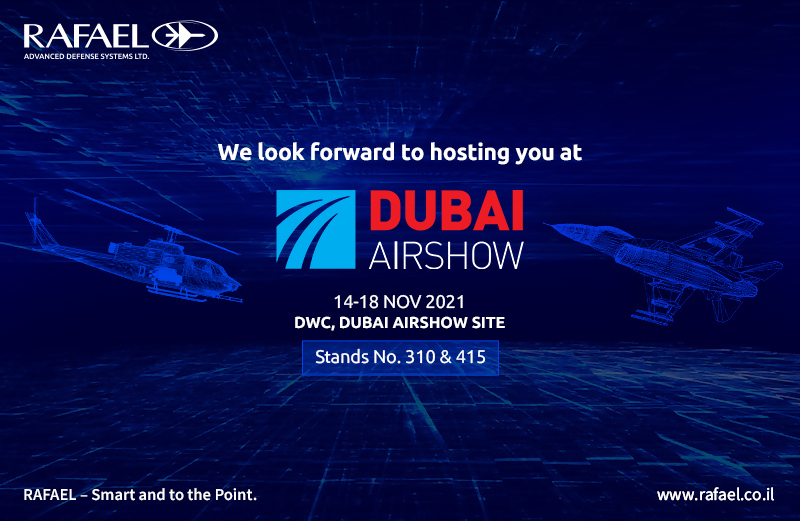 “Russian Helicopters” has signed the first contract for the delivery of...