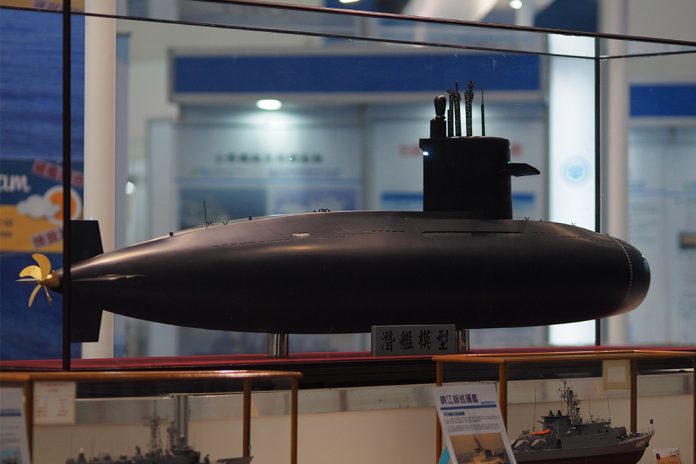 However, no imagery of the ceremony – purportedly attended by senior RoCN officials – were released because of the high level of secrecy associated with the Indigenous Defense Submarine (IDS) programme.

“The project team is paying attention to construction safety and confidentiality throughout the process,” RoCN chief Admiral Liu Chih-pin was quoted as saying. “I hope the first submarine will be completed on schedule to meet the expectations and support of the president and the people.”

The RoCN awarded CSBC Corporation a construction contract for a prototype submarine in May 2019. The company had earlier declared that the first boat is expected to be completed in the third quarter of 2024, followed by sea trials and commissioning in 2025.

CSBC Corporation is partnering with the state-owned National Chung-Shan Institute of Science and Technology (NCSIST) to construct eight IDS SSKs worth up to US$16 billion.

The SSK is expected to have an overall length of 70 m and will displace about 2,500 tonnes when submerged. Although detailed performance specifications remain unconfirmed, the RoCN is reportedly expecting an operational range of up to 6,000 nautical miles as well as surface and submerged speeds of around 8 kt and 17 kt, respectively.

It is also expected to be armed with US-made Mk 48 Mod 6 Advanced Technology heavyweight torpedoes and UGM-84L Harpoon Block II missiles, with combat management and sonar systems supplied by US companies such as Lockheed Martin and Raytheon.