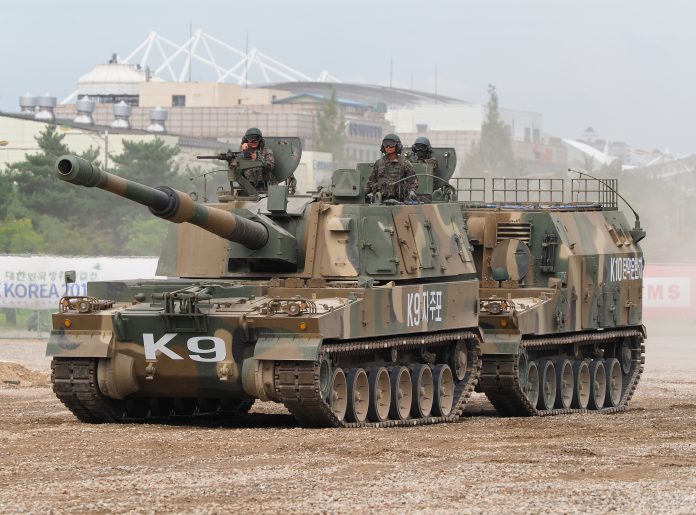 The signing ceremony of what amounted to be Australia’s largest ever contract award to an Asian country was witnessed by Morrison and South Korean President Moon Jae-in in Canberra. HDA was earlier downselected as the preferred supplier in September 2020.

HDA said it will construct a new facility in the southwestern Melbourne city of Geelong to locally manufacture the vehicles – which are being procured under Project Land 8116 Phase 1 and will be known as the AS9 Huntsman – from the second quarter of 2022.

Production of the new vehicles, which are derived from Hanwha’s K9 Thunder SPH platform, is expected to commence in the fourth quarter of 2024.

Australia will be the seventh international operator of the K9 after Turkey, Poland, India, Finland, Norway, and Estonia. The AS9 Huntsman is also based on Norway’s K9 VIDAR variant but with improved armour and suspension.

HDA also indicated that the Geelong facility can be easily expanded to manufacture up to 450 of the tracked Redback infantry fighting vehicles (IFVs) should the company be selected under the ongoing Project Land 400 Phase 3. The Redback is currently competing with Rheinmetall Defence’s Lynx IFV for a contract valued at A$18-27 billion, with a decision expected in 2022.

HDA earlier said the project is expected to create up to 350 jobs in Geelong as well as opportunities in other areas including component manufacture and repair, and transport and warehousing.