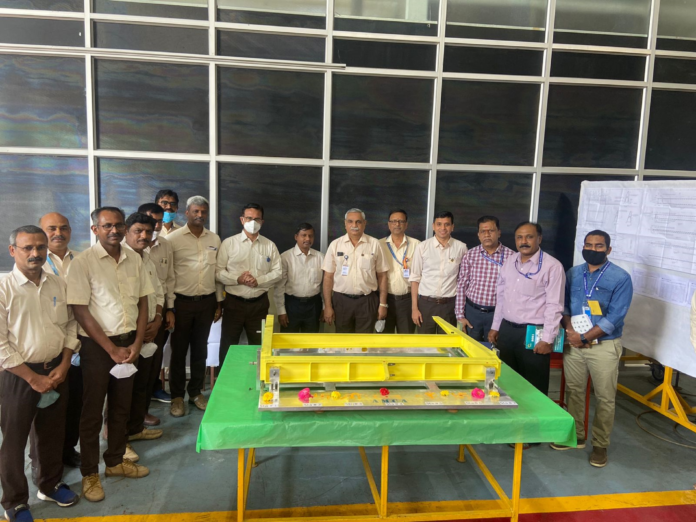 The AMCA programme is being led by HAL in partnership with the Aeronautical Development Agency (ADA) of the government-run Defence Research and Development Organisation (DRDO), and is aimed at developing a replacement platform for the IAF’s upgraded by ageing SEPECAT Jaguar and Dassault Mirage 2000 fighters.

AMCA has been in design and early development for more than a decade and centres on a stealthy twin-engined multirole platform that can perform deep-penetration strikes into an adversary’s territory to destroy air defences and valuable targets. It will also feature supercruise ability as well as advanced avionics and artificial intelligence that will boost pilot performance.

According to HAL officials, the AMCA will have a combat weight of 20 tonnes in its baseline stealthy configuration, with 1.5 tonnes of ordnance carried in internal weapon bays. Provision of an additional five tonnes of fuel and ordnance can also be carried using external underwing hardpoints, although this would inevitably expand the aircraft’s radar cross section.

Preliminary design review of the AMCA is understood to have been completed in late 2021, with critical design work expected to be completed by the end of 2022.

Early versions of the AMCA will be powered by a pair of General Electric F414-INS6 turbofan engines each with thrust ratings of 98 kN. However, it is understood that supercruise cannot be achieved until 110 kN-class engines can be developed. The DRDO’s Gas Turbine Research Establishment (GTRE) is reportedly developing more a more powerful variant of the indigenous Kaveri engine, although progress appears to be modest to date.

HAL also indicated in late 2020 that it is seeking a joint venture with a private sector firm to help defray development costs, with the private company being the majority shareholder of the proposed venture effort.