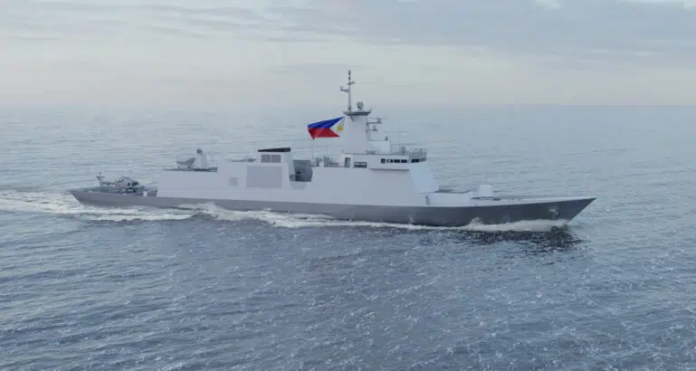 The company said in its statement that it had signed an agreement with South Korean shipbuilder Hyundai Heavy Industries (HHI) to integrate radars aboard the two multirole corvettes that the latter has been contracted to build for the navy.

Developed by IAI’s ELTA Division, the ALPHA 3D radar system shares technology with the larger MF-STAR radar and features a modular construction and fully digital software-driven architecture that enables it to be continuously enhanced via software updates to address new threats. The radar will be fully integrated with the combat management system (CMS) supplied by South Korea’s Hanwha Systems.

“This agreement is a testament to IAI’s close partnership and cooperation with Hyundai and the defense ecosystem in Asia. Incorporating IAI’s pioneering AESA technology on the Philippine Navy’s new ships highlights the trust that the Philippine Navy and [HHI] have placed in IAI,” said IAI VP and ELTA CEO Yoav Tourgeman.

The Philippine Department of National Defense (DND) signed a US$535 million contract with HHI for two newbuild corvettes in December 2021. The DND has not disclosed further details of the new corvette at the time, but revealed that the vessels will be capable of undertaking anti-surface, anti-submarine, and air defence operations. It is believed that HHI will use a version of its 3,100-tonne and 114 metre-long HDC-3100 platform concept.

The first corvette is expected to be handed over to the Philippine Navy in 2023, with the second ship scheduled for delivery in 2025.

This contract marks the second major defence procurement between HHI and the Philippines. The company earlier won a bid to construct two new frigates for the navy, which are based on the Republic of Korea Navy’s Incheon (FFX-I) class platforms. Both vessels are now in service as the Jose Rizal-class.