Speaking at the Indo-Pacific 2022 exhibition in Sydney, Rear Admiral Peter Quinn, the RAN’s Head of Navy Capability told AMR that as part of a plan to ensure there is no submarine capability gap between the Collins-class and the introduction of the new nuclear-powered submarines, the former would undergo a series of spiral upgrades to add new capabilities as well as avoid obsolescence.

He said that Safran had been working on the mast system for some time because it was supposed to be a common system with the now defunct Attack-class boats, but the RAN still wants to keep this capability for the Collins-class.

A spokesperson for Safran told AMR that the company was “very recently” chosen as the “preferred supplier” and would provide its Series 30 SOM system to replace the existing CK043 search periscope fitted to the boats that were supplied by Pilkington Electronics (now Thales UK).

Raytheon Australia is the combat systems integrator for the LOTE project and Safran will perform its work under them as the prime contractor for this part of the work on the Collins-class submarines.

The Series 30 SOM is a non-penetrating optronic mast system that has the benefit of using just a single cable through the submarine hull. It is used for surface search including navigation safety and intelligence, surveillance and reconnaissance (ISR). It also has the capability to conduct communications and electronic warfare. It has four digital optronic channels by using a cooled high-definition 3-5 μm thermal camera, a low-light tv channel, HDTV colour camera and a laser-range finder. 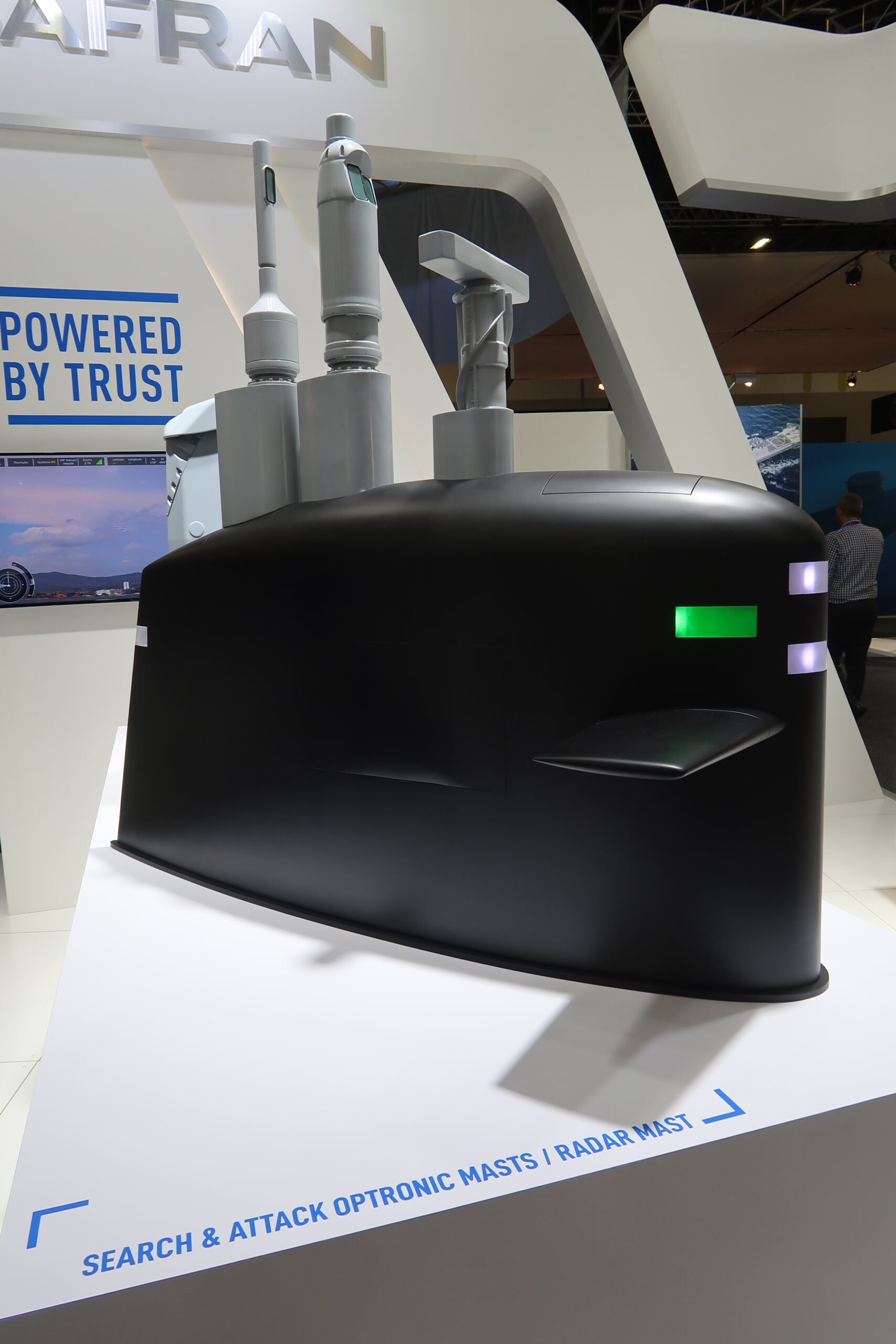 The periscope can perform panoramic detection and identification with a Quick Look Around feature to reduce detection.

The spokesperson said that the contract is expected to be signed this year.