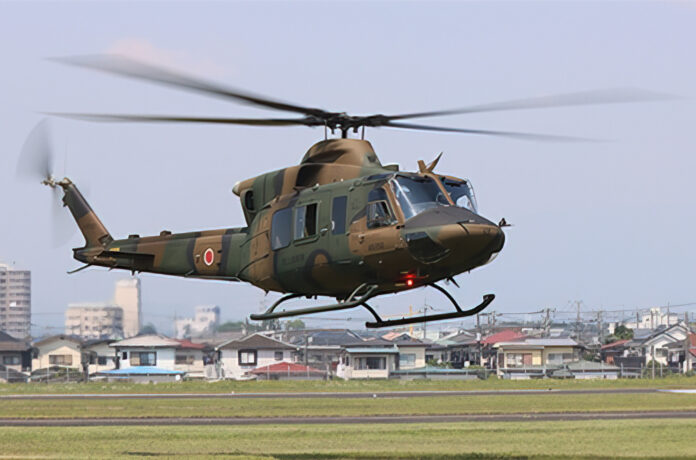 The helicopter was operated by a company test pilot and successfully completed a 30-minute hover at Subaru’s facility in Utsunomiya City, the company said in a statement.

Thirteen UH-2 helicopters have been funded thus far. ATLA in March 2020 awarded the company contracts worth a cumulative US$129 million to produce the first six UH-2 helicopters, with deliveries set to be completed by January 2023. More recently, the MoD budgeted about US$112.5 million to acquire seven more UH-2s in the latest fiscal year.

The Japanese Ministry of Defense (MoD) plans to replace the JGSDF’s increasingly obsolescent fleet of 127 UH-1Js with about 150 UH-2s over the next two decades. In its 2019-2023 Mid-Term Defense Program (MTDP) published in December 2018, the ministry outlined plans to acquire an initial batch of 34 new helicopters at a unit price of about US$16.2 million during the five-year period.

Development of the prototype UH-2 – then known as UH-X – began in fiscal year (FY) 2015. Images of the prototype painted in JGSDF camouflage colours and undergoing ground engine trials surfaced in mid-November 2018. The prototype subsequently achieved its maiden flight in December and was handed over to the MoD in February 2019 following further flight testing.

The UH-2’s design is based on the jointly developed Subaru Bell 412EPX commercial helicopter and powered by a Pratt & Whitney PT6T-9 Twin-Pac turboshaft engine. It is based on the Subaru Bell 412EPI commercial helicopter and features a four-bladed main rotor, unlike the single-engine UH-1J which has a two-bladed main rotor, enabling increased load capacity and operating range. The UH-1J itself is a licensed-produced and locally updated variant of Bell’s UH-1H Iroquois platform.

The MoD is expecting the UH-2 to be used by the JGSDF for a range of missions, including supporting the defence of Japan’s remote islands and transporting personnel and supplies during interventions for national contingencies such as natural disasters.