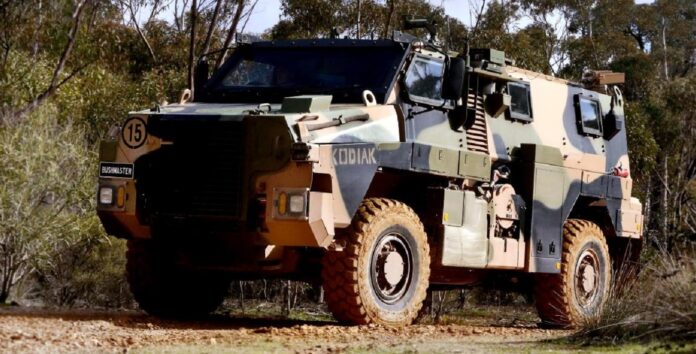 The approval for the Land Force Level Electronic Warfare Project under the auspices of Project Land 555 Phase 6 will see an undisclosed number of Bushmaster vehicles modified and integrated with EW systems. The effort is valued at nearly A$75 million.

Minister for Defence Industry, Pat Conroy, said in the DoD statement that the systems would enhance the ADF’s ability to monitor and control the electronic environment and, “where necessary, deny or degrade the electronic systems of adversaries”.

“The Government is committed to increasing the ADF’s ability to operate and fight in complex electromagnetic environments,” added Conroy. “This new capability will give our Land Force a better range of options to continue to pursue our interests in our region and deter, defeat and deny attacks and threats against Australia.

“The Project will complement air and maritime force level electronic warfare systems, further enhancing these capabilities when deployed in combination as a Joint Force.”

Conroy said Australian industry would be involved in supply, training and maintenance support of the  new capability.

“The Project will inject more than A$46 million into Australian industry, contributing to strengthening our sovereign defence industrial base, supporting delivery of multiple Sovereign Industrial Capability Priorities and growing the skills of our local workforce,” he said.

The DoD did not provide delivery timelines in its press release, but AMR understands from industry sources that the project is expected to be completed in about three years, and will also include a command and control segment.

The baseline Bushmaster vehicle can carry up to 10 fully equipped troops. Besides Australia, the vehicle is also used by armed and security forces in Fiji, Indonesia, Jamaica, Japan, the Netherlands, and the United Kingdom.

The DoD also announced on 4 July that Australia has also donated 60 Bushmasters to Ukraine to help its forces resist the Russian invasion.