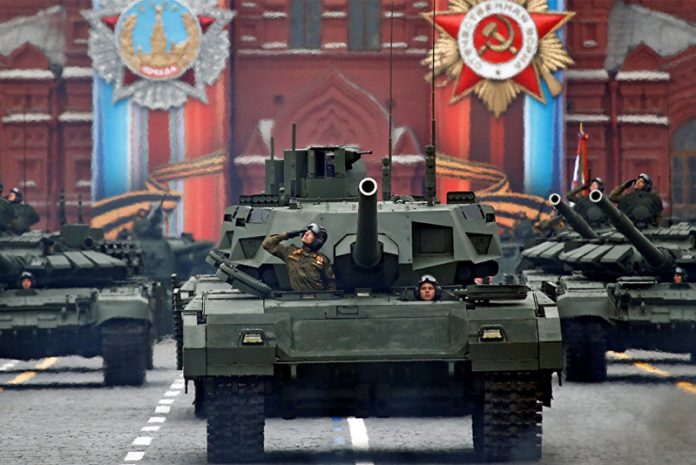 Published in the May/June 2022 Issue – Russian military capability is likely to suffer as its war in Ukraine continues. Increasing economic and industrial pressure through growing international sanctions will mean that sources of key components that are needed for the manufacture of complex weapons and platforms are increasingly harder to source.

While many major international firms in the Indo-Pacific region with headquarters in Europe or the US have withdrawn from the Russian market, many Asian companies are maintaining their exports. But with the Ukrainian government in control of Kyiv and much of the country, companies will be urged to cut ties with Russia.

In a rare move on 26 April, Chinese drone manufacturer DJI announced in a three-line statement that it “will temporarily suspend all business activities in Russia and Ukraine” following complaints from Kyiv that the company’s products were being used in Russian military operations.

There were publicly announced halts to trade with Russia in March by South Korean communications giants Samsung and LG along with Japanese companies Toyota and electronics company Panasonic.

This is significant. The impact of the loss of supplies of electronic and machined items will be severely detrimental to Russia’s ability to produced weapons, particularly guided weapons. In its recent report on the Russo-Ukraine War entitled Operation Z: The Death Throes of an Imperial Delusion, the Royal United Services Institute (RUSI), a UK-based think tank, stated that Russia’s cruise and ballistic missile capabilities were key to its ongoing war effort in Ukraine.

But Russia will find it difficult to sustain its stockpiles of precision munitions because these weapons are “heavily dependent on critical specialist components manufactured abroad,” the report said. Because it can’t produce new weapons to replenish its stocks, Russia is reluctant to employ weapons such as ballistic missiles like Iskander-M in Ukraine on a large scale as it needs them in case of any wider war with NATO. Instead Russian is utilising an array of other less suitable weaponry for long-range strikes and other missions.

The report cited fieldwork by RUSI and the Central Scientific Research Institute for Armaments of the Armed Forces of Ukraine, which found that the 9M727 cruise missile fired from the Iskander-K uses a special computer with robust components that can stand the stresses of missile flight. The computer receives data from the sensors to control the missile’s flight. However, RUSI said that six of the seven sockets used to transfer the data were US-built. In addition, the rails connecting the circuit boards to the computer housing and the circuit boards themselves are sourced from the US.

The report said there was a “similar pattern” across Russia’s equipment portfolio. “Almost all of Russia’s modern military hardware is dependent upon complex electronics imported from the US, the UK, Germany, the Netherlands, Japan, Israel, China and further afield,” it added.

Other examples cited include Russia’s 9M949 300mm guided rocket, which uses a US-made fibre-optic gyroscope for its inertial navigation system and the TOR M2 air defence system that has a British-sourced oscillator for radar control. Meanwhile the Iskander-M, the Kalibr cruise missile, the Kh-101 air-launched cruise missile as well as the Aqueduct family of Russian military radios (R-168-5UN-2, R-168-5UN-1 and R-168-5UT-2) include “critical electronic components manufactured in the US, Germany, the Netherlands, South Korea and Japan.”

Anastasia Kapetas, the National Security editor of The Strategist at Australian think-tank the Australian Strategic Policy Institute (ASPI) told AMR that a cut in the supply of semiconductor chips “would be disastrous” for everything that Russia might want to field militarily including Orion drones, fifth generation Sukhoi fighters and the Armata tank.

Semiconductors are used in the manufacture of most military equipment designed for communications, data storage and processing, automotive systems, industrial electronics and even satellites.

“If you can’t get chips you can’t launch satellites,” Kapetas said. Russia has the GLONASS constellation that is similar to the US GPS satellites. “At this level [the Russian Army’s] basic navigation capacity could be affected – everything from communications in the field between different units to the ability for missiles to find their targets. That could get degraded very quickly and is really bad news.”

Russia is heavily dependent on the import of semiconductors, especially from the Taiwan Semiconductor Manufacturing Company (TSMC), which has suspended shipments to Russia. Taiwan dominates the semiconductor market taking 60 percent of the market share, with TSMC representing over 50 percent of this and Taiwan’s United Microelectronic Corporation (UMC) on about seven percent. Samsung Electronics is second with about 18 percent with US firm Global Foundries vying for third and fourth position with UMC also on about seven percent.

Kapetas said that replicating the production of chip systems is “extremely difficult” creating a “big problem” for Russia in securing supplies. Moscow’s attempts to develop microprocessor manufacturing facilities under its import substitution policy through companies Elbrus and Baikal Electronics have been negligible.

However, according to a list of companies produced by the Yale School of Management, China’s Semiconductor Manufacturing International Corporation (SMIC) company is still defying US sanctions rules and exporting to Russia. SMIC is attempting to copy TSMC but due to a global shortage in the supply of semiconductors China is prioritising its own needs first and is it not clear if they have exported semiconductors to Russia.

“The US is seriously looking at semiconductors and Russia. If the US found out SMIC was exporting to Russia it would definitely sanction them and the company would lose access to US technology, industrial partnerships and the resources it needs from the US and Taiwan to actually make their own products,” Kapetas said.