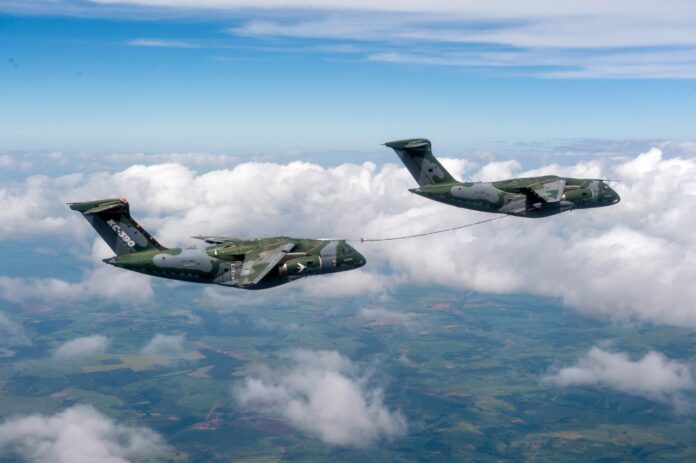 Embraer is presenting its defence and security products and solutions at the Defence & Security show in Bangkok. Its products are present in more than 60 countries, include the multi-mission transport aircraft C-390 Millennium and the A-29 Super Tucano light attack and training aircraft.

The C-390 Millennium and its air-to-air refuelling configuration, the KC-390, are the new generation of multi-role military transport aircraft already delivering mobility and cargo capacity, rapid re-configuration, high availability, improved comfort, and flight safety, as well as optimal management of reduced operational costs through its life cycle – all in a single platform.

Since its first delivery to the Brazilian Air Force (FAB) in 2019, the KC-390 Millennium has proven its capability, reliability and performance. The aircraft was extensively used in operations to transport equipment and medical supplies, ranging from liquid oxygen to vehicles across Brazil at the peak of the COVID-19 pandemic. The FAB’s current fleet of KC-390s stands at five aircraft. Together, the fleet has exceeded 5,000 flight hours in operation with a mission completion rate of 97 percent.

The Hungarian Defence Force and the Portuguese Armed Forces have signed orders for the aircraft. Both the Portuguese and Hungarian fleets will be configured to perform air-to-air refuelling and be fully NATO compatible, not only in terms of hardware but also in terms of avionics and communications. The Hungarian Defence Force fleet will be the first in the world to feature an Intensive Care Unit configuration.

Recently, the Netherlands Ministry of Defence announced the selection of a fleet of five C-390 Millennium aircraft, highlighting the performance and operational output of the aircraft, to succeed their current fleet of C-130 Hercules.

Earlier this year, the A-29 Super Tucano worldwide fleet of the aircraft reached 500,000 flight hours. With more than 260 units delivered, the aircraft has already been selected by more than 15 air forces worldwide, with the most recent deliveries being to the Philippines and Nigerian Air Forces.