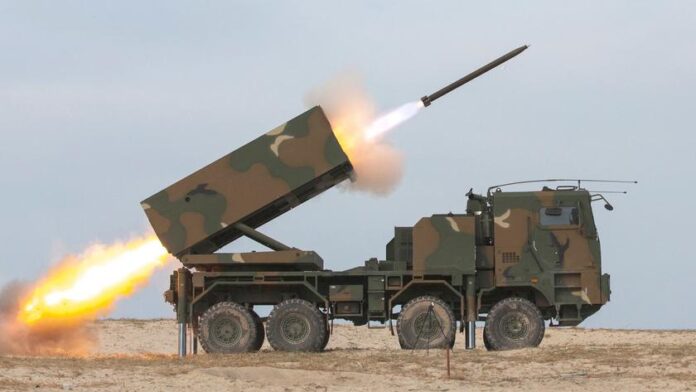 The effectiveness of Multiple Launch Rocket Systems (MLRS) on the battlefield has been highlighted by the key role they have played when introduced by the Ukrainian Army.

Even prior a number of militaries had been considering the acquisition and fielding of MLRS with the United States M142 HIMARS (High Mobility Artillery Rocket System) from Lockheed-Martin often the weapon system being considered.

The Australian Army has included HIMARS in its future force modernization requesting to buy twenty (20) HIMARS plus various rockets and support from the US Government. The request was approved in May 2022 although a contract has not been finalized.

Now, however, the Republic of Korea’s Hanwha Defense has not only offered its K-MLRS system as an alternative but will include technology transfer and local production of the system and its missile munitions.

The K-MLRS M239 Cheonmoo (Chunmoo) completed development by Hanwha in 2013 and is in service with the ROK Army. It uses a heavy 8 X 8 tactical truck chassis with an armoured crew cab. It fires a range of projectiles including Korean developed130mm and 230 mm with either impact of delay detonation. The 130mm versions have a range of 23 and 36 km with am 80 km model in development. The 239 mm can reach of 80 km (though some reports suggest 160 km) and includes a GPS/precision warhead. The 227mm is compatible with the US GMLR used with its HIMARS. Projectiles are housed in two pods with the twenty 130mm rockets and six 227/239mm in each pod. 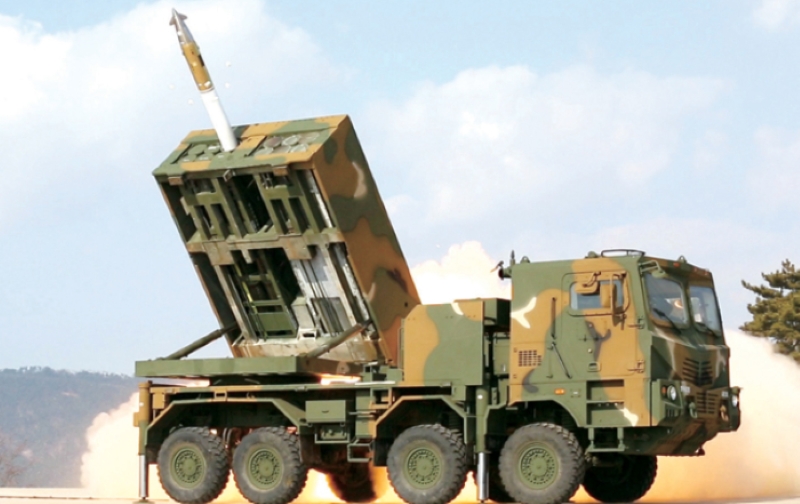 A Cheonmoo has a three-man crew and using a digital fire control system with on-board position/navigation and can rapidly move, halt, fire and move again. The M239 is accompanied by a ammunition resupply/reload K239T vehicle using the same chassis carrying two reload sets. The ROK includes a command vehicle with each battery. The system can be transported in a C130 aircraft.

Poland is confirmed to also have interest in the M239 K-MLRS and is in parallel discussions with the US and Hanwha. The latter reportedly is extending the same joint manufacturing to Poland as it has extended to Australia.