China Aerospace Science and Technology Corporation (CASC) will be using the 2022 edition of Airshow China, scheduled to be held from 8-13 November in Zhuhai to showcase a new loitering munition variant of its Cai Hong (Rainbow) CH-806 Small Long-Endurance Reconnaissance UAV.

Developed by CASC subsidiary China Academy of Aerospace Aerodynamics (CAAA, also known as the 11th Academy) in Beijing, the CH-806 adopts a flying wing airframe that measures around 2 m in length and 5.6 m in wingspan and has a maximum take-off weight (MTOW) of 80kg inclusive of an 18 kg payload capacity. 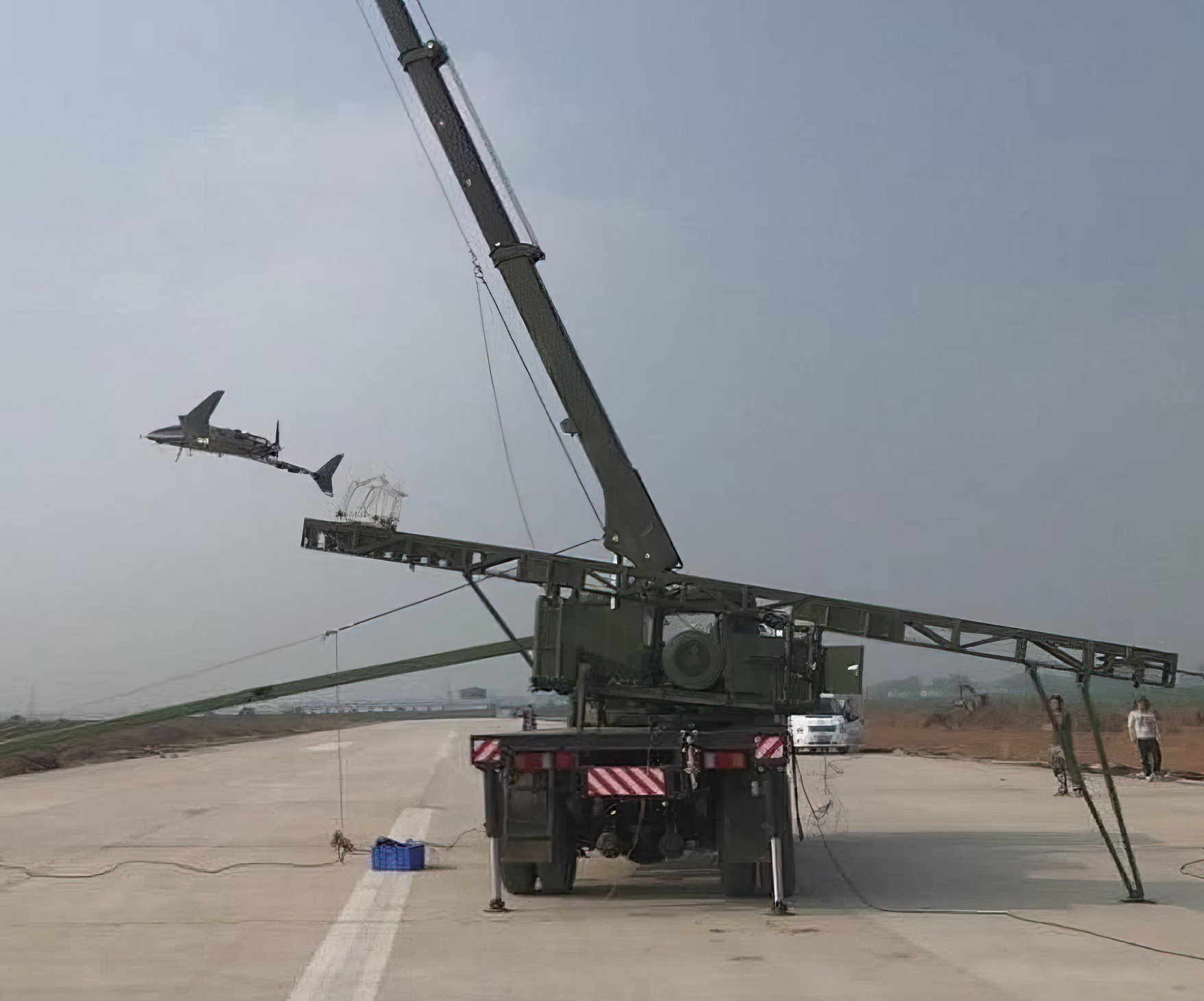 According to CAAA, the CH-806 is powered by a rear-mounted piston engine that drives a pusher propellor to achieve cruising speeds of between 90-130 km/h and a top speed of up to 180 km/h. The company quotes a range of up to 1,000 km with a 12-hour flight endurance whilst carrying a 15 kg high-explosive or blast fragmentation payload, with a typical cruising altitude of 500-2,000 m although it can still reach an operating ceiling of 5,000m.

Take-off is effected via catapult and line-of-sight command is around 200 km, although recovery is not typically anticipated with the CH-806 either successfully attacking its target or self-destructed. However, command range can be extended with an optional satellite/INS integrated guidance system.

CAAA also noted that the CH-806 can be equipped with a three-in-one situational awareness suite that combines daylight and thermal opto-electric cameras with a micro-synthetic aperture radar (SAR), which enables operator-controlled terminal guidance, although the loitering munition is capable of discriminating a 4×6 m target at a distance of 4 km during the day and 3 km at night or in the presence of obscurants, with a claimed strike accuracy of up to 5 m CEP (circular error probable).

A self-contained truck provides storage, transportation, launch, as well as command and control, with a complete system comprising the vehicle, up to four CH-806 loitering munitions and associated ground control datalinks, as well as security measures.

The CH-806 can be flown automatically using pre-determined waypoints up to the edge of its 200 km command range, before entering autonomous flight mode to target any potential threats along its programmed flight routes. If there is no human intervention, the air vehicle will perform an autonomous strike engagement.