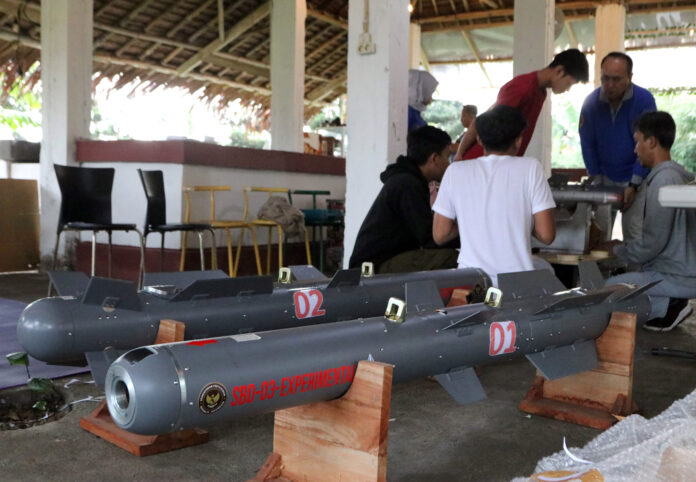 The Indonesian Ministry of Defense (MoD) revealed that it has conducted developmental testing of an indigenous air-launched smart munition in a social media post on 17 November.

According to the MoD, the test was conducted through its Research and Development Agency in collaboration with local firm PT Mulatama in Bogor, West Java. It was also observed by senior officials from the MoD.

Details of the SDB were not disclosed, although the MoD stated that it aimed to incorporate at least 50 percent of indigenous content. Images of prototype munitions used in the demonstration suggest a possible laser-guided weapon development with steerable rear fins and fixed folding mid-body fins.

The existence of the SDB programme comes after Indonesia announced that it will be scrapping plans for PTTA MALE’s Elang Hitam (Black Eagle) MALE UAV development for the TNI-AU, instead reappropriating the effort for civilian applications.

Another candidate platform for the SDB could be the TNI-AU’s Chinese-built CASC CH-4 MALE UAV. The TNI-AU operates a fleet of six CH-4B UAVs and earlier test-fired CASC’s AR-1 and AR-2 precision guided missiles, although it is not known if the service has decided to field those weapons.

Reports have also emerged at the Indo Defence 2022 exhibition in Jakarta that the MoD had shown interest in the Bayraktar TB2 tactical and Akinci MALE UAVs produced by Turkey’s Baykar.