Home Features From our Correspondents Indonesian corvettes to get further upgrades 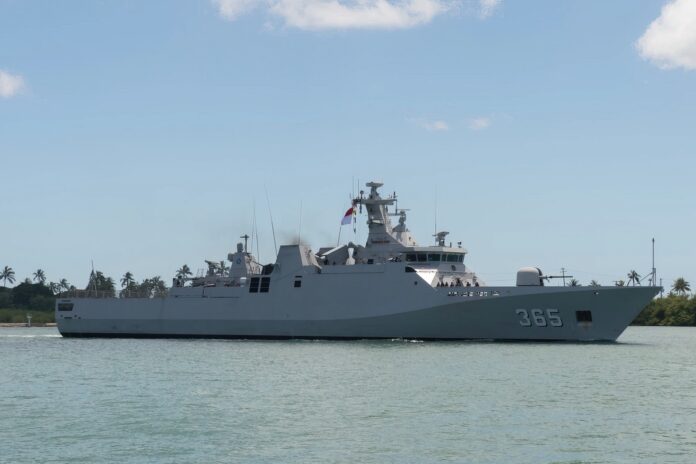 Thales has entered into an agreement with state-owned defence electronics specialist PT Len Industri to provide a range of C4ISR enhancements to the Indonesian Navy’s (TNI-AL’s) four Diponegoro-class guided missile corvettes, among other work announced on 4 November.

The company said it will refurbish the ships with “an Integrated Missions System including the TACTICOS Combat Management System, as well as the latest in software-driven radar technology able to combat the highest level of threats”.

It added that modernization work will be carried out over the next five years with post-sales support provided by trained teams at Thales’ Naval Service Centre in Surabaya. This latest upgrade follows a similar programme undertaken for the service’s Bung Tomo-class corvette KRI Usman-Harun l in 2020.

“As a leading partner to the Indonesian Navy for the last forty years and the appointed supplier of combat systems for most Indonesian warships currently in service, Thales is bringing its best capabilities to help extend the lifecycle of the Navy’s fleet and ensure that the ships remain equipped for optimal performance,” the company said in a statement.

Earlier in October 2021, Terma was awarded a contract to upgrade the existing C-Guard decoy launching system on board the Diponegoro-class corvettes with anti-submarine warfare (ASW) capabilities.

The vessels are presently equipped with two six-tubed DL-6T decoy launchers from Terma as part of its C-Guard ship self-protection suite. The launchers can fire both mortar and rocket-propelled decoys to defeat precision-guided munitions.