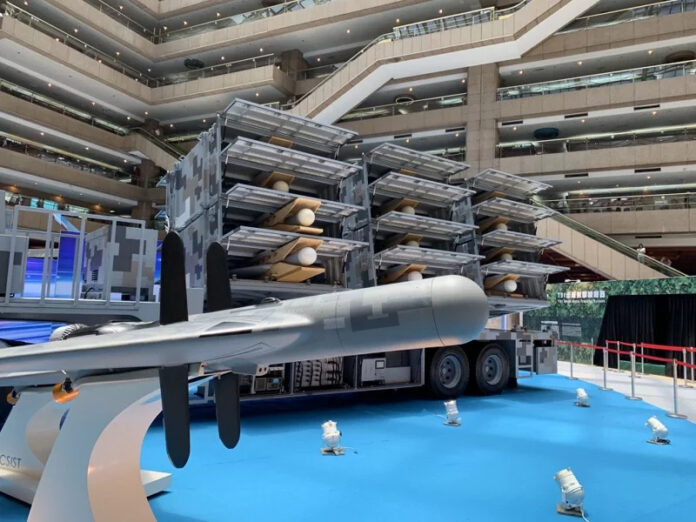 The Republic of China on Taiwan’s National Chung-Shan Institute of Science and Technology (NCSIST) is in the process of producing its Chien Hsiang truck launched drone for the country’s military.

The state-owned company developed drone was first displayed in 2017 at Taipei Aerospace & Defence Technology Exhibition and subsequently received a contract valued at $80 billion New Taiwan dollars ( $2.57 billion) to deliver 104 of the drones by 2025. 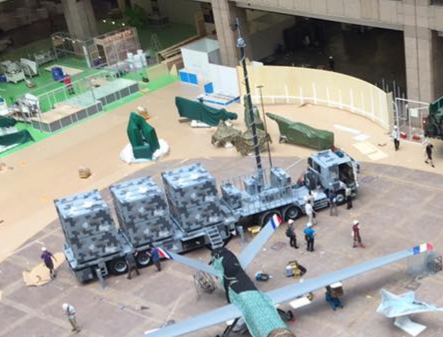 Each drone has an engine driven rear mounted propellor that offers up to five-hours of flight time and a maximum flight range of 1000 km (621 miles). The configuration is specifically intended to be difficult to detect with a minimal radar cross-section.

Once airborne it can detect and home in on a radiated signal up to 500 km distant. It is also able to be launched staying airborne watching and waiting for an enemy radar to go active. It then targets that radar with its electro-optical/infrared seeker which uses an “intelligence object detection system” to discriminate the specific target.

The drone attack speed is 600 kilometres (373 miles per hour) destroying the target by direct impact. It is understood that some version of the launcher can also be employed from a naval ship.

On November 16, 2022 NCSIST held a media event to showcase both the Chien Hsiang anti-radiation drone and its associated counter-radiation decoy drone. The later uses the same airframe but is intended to attract opposing radar seeking missiles and drones thereby drawing them away from actual friendly radar systems.

In addition, to Chien Hsiang, NCSIST showed its Teng Yun UAS designed for long range reconnaissance. First unveiled in 2015 it has 20-hour flight time and include a synthetic aperture radar. Currently undergoing trials, it is anticipated to be approved for service in 2023.