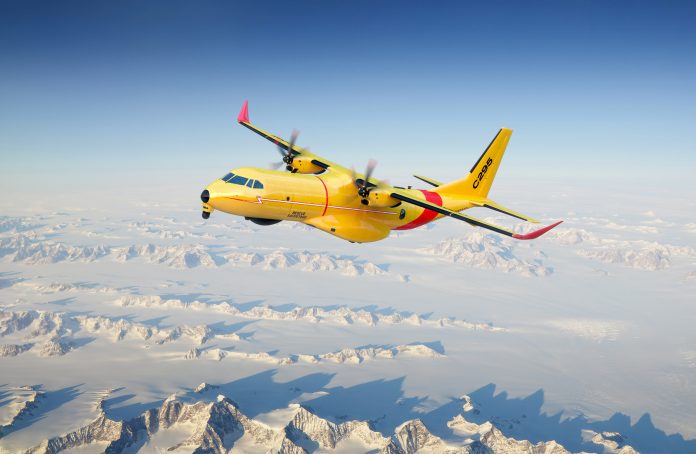 Airbus will commence deliveries of its C-295W turboprop transport to fulfil the Canadian government’s Fixed-Wing Search and Rescue (FWSAR) requirement from 2019.

On 8th December 2016 the Canadian government announced its decision to acquire the C-295W for the FWSAR requirement. The contract award calls for the delivery of 16 C-295Ws which will be modified for search and rescue. These aircraft will be configured with a search radar, optronics and Airbus’ Fully Integrated Tactical System (FITS) mission management architecture. Once delivered, these aircraft will provide a significant advancement in search capability as current RCAF fixed-wing SAR aircraft, chiefly the DeHavilland Canada DHC-5A Buffalo turboprop transport, employ visual search as the primary search method.

Speaking at the contract award announcement, Lieutenant General Mike Hood, commander of the RCAF said: “I believe this new fleet, with the capability to fully integrate with our search and rescue partners, will fundamentally change the SAR paradigm for us. Thanks to the sensors and systems aboard this new fleet of aircraft, I believe search and rescue is going to become a lot less about search and a lot more about rescue, and that is very good news.”

Canadian content factored strongly in the Airbus solution as every C-295 family aircraft produced is powered by Pratt & Whitney Canada engines, and future C-295W aircraft will be outfitted with L3 WESCAM optronic sensors. In-service support for the first five years of the programme (with options to extend this) will be provided by AirPro; a joint venture between Airbus’ defence and space division and PAL Aerospace of St John’s, Newfoundland.

Fernando Alonso, the head of Airbus’ defence and space division’s military aircraft subsidiary said: “It is extremely satisfying to receive this massive vote in confidence for the C-295 from a highly demanding customer… It demonstrates that we are on the right path with our strategy of rapidly developing and adapting versions of our aircraft to address emerging market requirements.” Aircraft delivery will begin in 2019 and end in 2022.