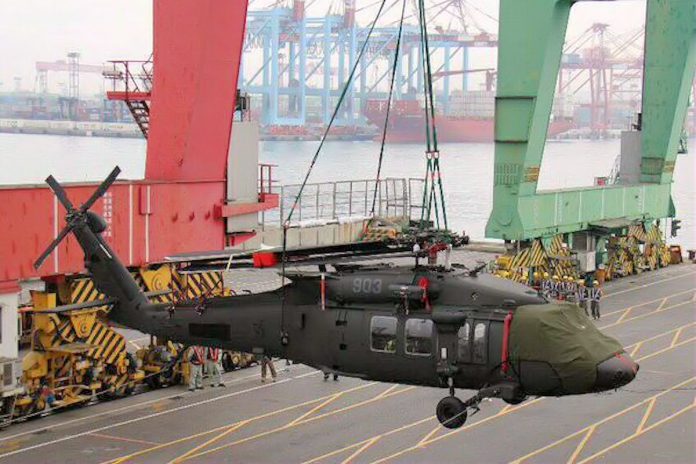 Sikorsky has been awarded a $135.4 million Foreign Military Sales (FMS) contract by the Republic of China Army (ROCA) for the manufacture of 24 Sikorsky UH-60M Black Hawk utility helicopters.

The procurement, announced on 1 September by the US Department of Defence (DoD) quoted a unit cost of $5.6 million per helicopter, given the contract value and the number of helicopters on order. A fully configured UH-60M has a unit price usually of $20 million, which would suggest this FMS deal is an initial agreement with follow-on contracts to follow.

The 24 additional UH-60Ms will be delivered to Taiwan’s Air Cavalry Brigades under the Aviation and Special Forces Command by 8 October 2018. These aircraft are part of a wider order to Sikorsky for a total of 60 UH-60Ms at a cost of $3.1 billion placed in 2011. The first four platforms were delivered in December 2014, and deliveries are still ongoing in batches of seven units.

The UH-60Ms are set to replace Taiwan’s Bell UH-1 Huey family light utility helicopters, which have been in service with the island’s army since 1969. Previous reports stated that 15 of the 60 UH-60Ms on order will be allocated to the country’s Interior Ministry’s National Airborne Service and serve in disaster relief and emergency roles. In addition to the 60 units to be fielded by the army, the Republic of China Air Force currently operates 16 Sikorsky S-70C Black Hawks in the search-and-rescue role. The country’s Aviation and Special Forces Command currently operates three Air Cavalry Brigades, with a fleet with includes 29 McDonnell Douglas/Boeing AH-64D Apache attack helicopters, nine Boeing CH-47SD Chinook heavy-lift helicopters and 61 Bell AH-1W Super Cobra attack helicopters.