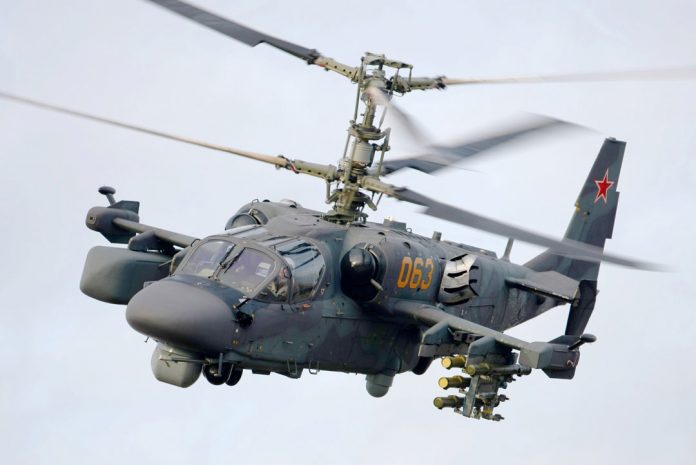 JSC Rosoboronexport (part of the Rostec State Corporation) will showcase the latest Russian-made Air Force and Air Defense equipment at Dubai Airshow 2017, which will be held from November 12 to 16 in Dubai, United Arab Emirates.

“The Middle East arms market is essential to us. The countries of the region traditionally equip their armies with the most advanced types of weapons and military equipment. It’s no secret that they pay great attention to Russian air defense equipment, including the S-400 Triumf systems, which work flawlessly today in the neighboring Syria. We also see interest in the latest combat aircraft, for example, the Su-35 multipurpose super-maneuverable fighter jet, which this year will participate for the first time in the Dubai air show with its flight demo program,” said Sergei Kornev.

Rosoboronexport is the organizer of the single Russian exposition at Dubai Airshow 2017, whose total area in the exhibition pavilion will be about 700 square meters. In addition to Rostec and Rosoboronexport, eight leading Russian manufacturers of weapons and military equipment for the Air Force and Air Defense will display their products.

“Rosoboronexport considers its participation in Dubai Airshow 2017 as an extremely important marketing task. In recent years, the exhibition has turned into one of the key events of its kind. Along with such venues as MAKS (Russia), Paris Air Show (France), Farnborough International (United Kingdom) and Airshow China (China), it is among the top five largest aerospace shows in the world,” Sergei Kornev added.

At the exhibition, advanced Russian weapons will be demonstrated using the latest exhibition technologies developed by Rosoboronexport, including a holographic multimedia catalog and a demonstration table with levitating models. The interactive dashboards will allow the visitors to the company’s exposition to get acquainted with weapons and military equipment, their performances, look at photographs of full-scale hardware, as well as see videos showing weapons in action.

The demonstrations of the Russkiye Vityazi (Russian Knights) aerobatics team, which invariably earn applause from the audience, wherever they perform, will be the highlight of the exhibition’s program. In the sky over Dubai, for the first time in the framework of Dubai Airshow 2017, the Russian pilots will show “wonders” of aerobatics with the Su-30SM and Su-35 super maneuverable multifunctional fighters. In addition, it is planned that full-scale Su-35, Be-200 and Sukhoi Business Jet planes will be demonstrated in the outdoor display area.