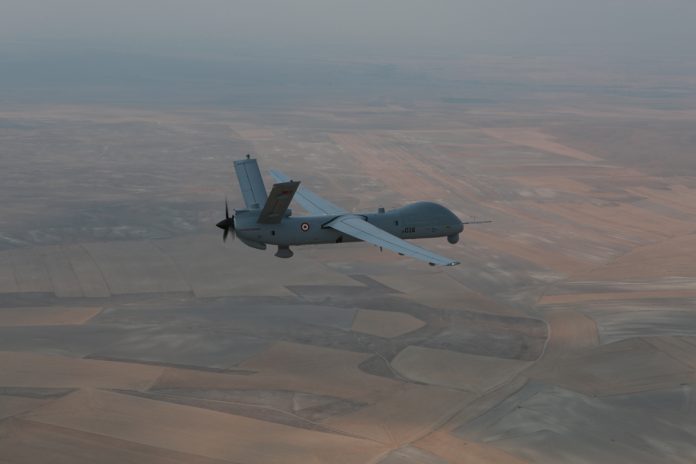 This multi-role ISTAR (Intelligence, Surveillance, Target Acquisition, and Reconnaissance) UAS can operate day and night and in adverse weather conditions. The system has a 200 kg payload with 24 hour endurance with a operating ceiling up to 30,000ft. it is fully autonomous with an 80-85 IAS Cruise Speed.

The Anka features an Automatic Takeoff and Landing System (ATOL) with GPS and radar based fully independent sensors. it uses a conventional tricycle, retractable gear.

It can simultaneously operate EO/IR HD optical/thermal/laser multi sensor system and Synthetic Aperture Radar (SAR) payloads. The EO/IR payload is capable of detecting, identifying, tracking and laser pointing targets at long distances. The SAR payload provides high resolution imagery even through clouds at standoff range up to 37 km and supports both maritime and land surveillance.

In terms of communications, the Anka has radio relay capability and optional payloads such as ESM/ELINT and COMINT Systems for SIGINT missions and Wide Area Surveillance System (WASS) for improved larger area surveillance and reconnaissance missions. The aircraft is equipped with a wide bandwidth line-of-sight (LOS) data link with 44 Mbps throughput. This link capacity can accommodate payload, pilot cameras and telemetry/telecommand throughput needs up to 200km away from Ground Data Terminal (GDT).