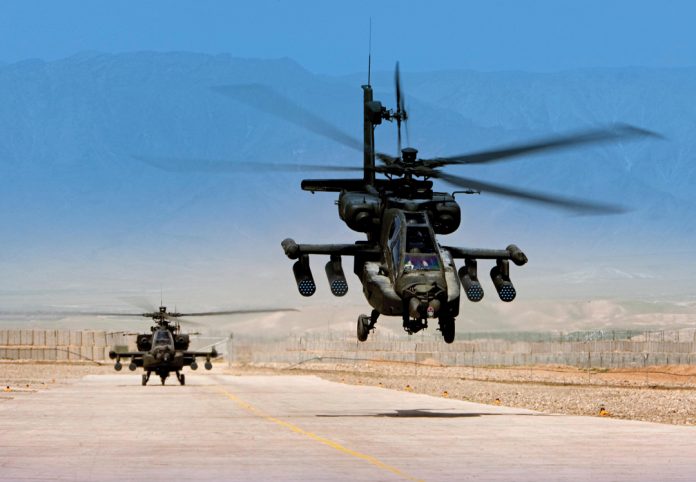 Arnold Defense is the world’s largest supplier of rocket launchers and the Company has manufactured more than 1.1 million 2.75-inch rocket launchers since 1961 for the U.S. Army, U.S. Navy, U.S. Air Force and many NATO customers and allies. The Company designs and manufactures rocket launchers that can be customized for any size, weight, capacity or form factor for platforms in the air, on the ground or at sea.

Arnold Defense’s rocket launchers are designed and built with combat-proven technology and they comply with stringent U.S. airworthiness and safety standards. The Company’s products include the new, ultra-light LWL-12 (on display on Dillon Aero stand S71) that weighs just over 60 pounds (27 kg) empty. Other core products include the 19-round M261 (on display on the flight line on a Singapore Air Force Apache helicopter ) which is commonly used by helicopters; the thermal coated 7-round LAU-68 variants and LAU-61 Digital Rocket Launcher are used by the U.S. Navy and Marines; and the 7-round LAU-131 and SUU-25 flare dispenser are used by the U.S. Air Force and worldwide.

Traditionally, 2.75-inch rocket systems have been used as an area suppression weapon, ordinarily deployed by aviation assets. The Arnold Defense team is currently developing the FLETCHER smart, laser-guided launcher system, which will be available during 2018. A special forces vehicle mounted FLETCHER prototype, unveiled at DSEI and AUSA in 2017, utilizes the advancement of laser guided rocket technology to meet the modern demands of air, land and marine-based, mounted and dismounted asymmetric warfare, for special and conventional forces.

Jim Hager, President and CEO of Arnold Defense said “Arnold Defense is exceedingly well established in the air environment with our rocket systems being used on air platforms globally, so we are very excited to have our combat-proven technology on display at the Singapore Air Show”.

“We are inherently committed to manufacturing the world’s most reliable and affordable rocket launchers. Through our innovation, integrity, dedication, technical expertise and warfighter-first focus, we continue to produce the very best rocket launchers in the world.

“Working together, we protect today’s warfighters, just as we have for the last half-century.”