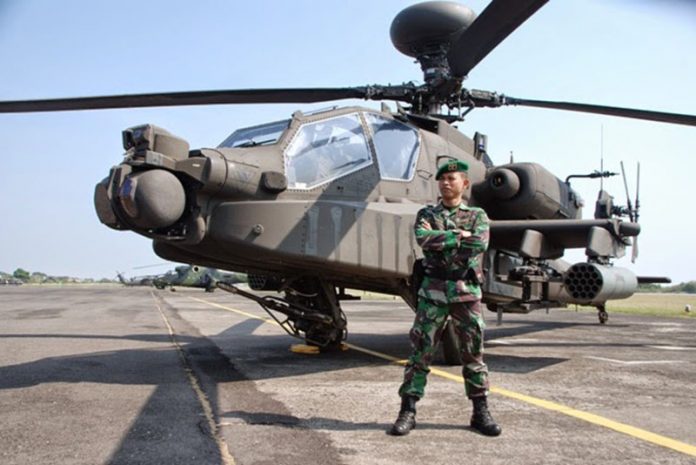 The Australian Defence Force (ADF) is one target that Boeing views as a potential buyer of the AH-64E Apache if the plan to upgrade the troubled Airbus Tiger Armed Reconnaissance Helicopters (ARH) runs into difficulties. Despite an Australian Government White Paper in 2016 recommendation that the fleet of 22 Tigers be taken out of service in the early 2020s, the ADF looks set to invest millions of dollars in an upgrade to keep the attack helicopter operational until the early 2020s.

The Indonesian Army (Tentara Nasional Indonesia-Angkatan Darat: TNI-AD) has to date received three of the eight AH-64Es that it has ordered with the remaining five due for delivery later this year, said Cunningham. The procurement is being managed by the US Army through a Foreign Military Sales (FMS) process.

Cunningham said that Boeing expects to announce sales of the Bell Boeing V-22 Osprey tiltrotor to new international customers in addition to the aircraft already being delivered to the Japanese Self-Defence Force who have a requirement for 17 aircraft, five of which were delivered last year.