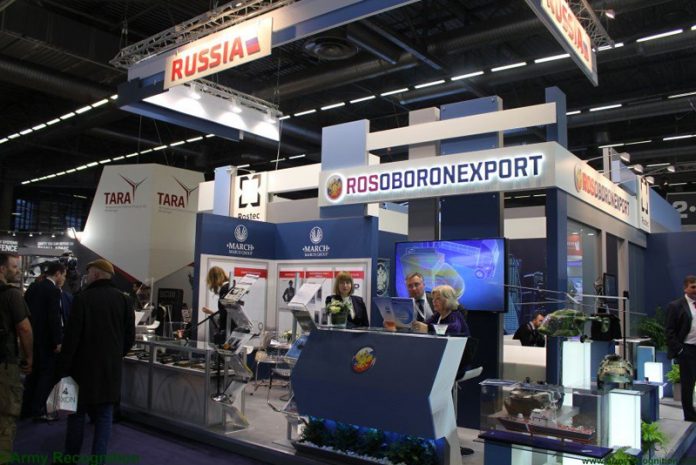 Rosoboronexport (part of the Rostec State Corporation) is in charge of organizing Russia’s joint display at the Azerbaijan International Defence Exhibition (ADEX) 2018, which will be held on September 25 to 27 in Baku, Azerbaijan.

“Rosoboronexport is a regular exhibitor at ADEX. We acquire invaluable and, significantly, very positive experience with the development of military-technical cooperation with the countries of the Caspian region, which is extremely important for Russia. Therefore, work in Baku gives us a unique opportunity to see the real needs of our partners and discuss the advantages of Russian proposals with them in detail, particularly as Rosoboronexport offers the Caspian countries not only military hardware, but also various infrastructure projects related to its maintenance and repair, training, etc. Given the traditionally high local demand for Russian products, we expect strong interest in the development of cooperation in all areas,” said Rosoboronexport’s Director General Alexander Mikheev.

The ADEX exhibition is held with the support and participation of the Ministry of Defense Industry and the Ministry of Defense of Azerbaijan. It is intended for all services of the armed forces: in particular, aviation equipment, unmanned aerial vehicles, air defense weapons, electronics, training aids, weapons and military equipment for the Army and Navy, logistical and technical support facilities, communications systems and facilities, military robotics are showcased here. Products intended for the internal troops are also a thematic area of the exhibition.

The BTR-82A armored personnel carrier and the Tiger special armored motor vehicle as well as maintenance facilities for armored and motor vehicles for the Army and the Special Operations Forces of the Caspian states are on display at the Company’s stand.

The Navy representatives from the countries of the region are expected to show interest in the 21980E Grachonok special-purpose boat, Project 02510 high-speed transport/landing boat BK-16 and the Project 02450 high-speed assault boat BK-10.

On the sidelines of ADEX, Rosoboronexport’s specialists will also discuss with partners from the Caspian countries and other regions the implementation of existing contracts and consider new mutually beneficial projects in the field of joint development and production of modern military products.