Home Features From our Correspondents Secure Communications from Rhode & Schwartz 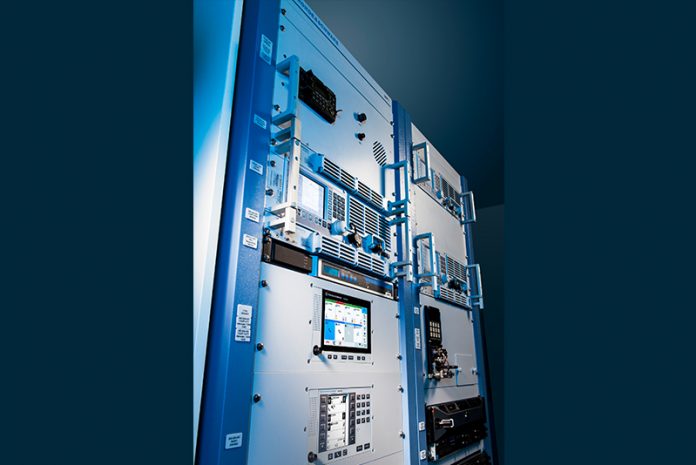 The German-based Rohde & Schwarz group is presenting its state-of-the-art secure communications products and systems at IDEAS 2018.

The company is displaying SCA-compliant software-defined radios with high-data rate waveforms and VoIP-based communications solutions for naval platforms and for air traffic control (ATC). Rohde & Schwarz is the general contractor of the joint radio system of the German armed forces for digitszing land-based operations.

The core of this new generation of software-defined radios is an SCA (Software Communications Architecture) 2.2.2 radio platform, which marks a revolutionary change in tactical communications. The SCA radio platform supports standardised, legacy and Rohde & Schwarz proprietary waveforms and makes it easy to port waveforms.

The R&S SDTR is optimised for use in vehicles, meeting stringent requirements on vibration, size, weight and power consumption. It features high output power without external amplifiers and integrated cosite filters for interference-free operation.

R&S NAVICS is a reliable solution for internal and external communications on all ship classes.

Modern voice terminals with smartphone-like operation provide connections between all designated locations on board.

The use of IP allows the system to be expanded in order to include additional communications services such as video-over-IP/CCTV, broadcast and alarm (BAA) and ship’s telephone equipment (STE) subsystems. R&S NAVICS permits integration with wireless headset systems or an on-board wireless communications system (WCS) to allow freedom of movement, e.g. on the bridge, the flight deck and the entire ship.