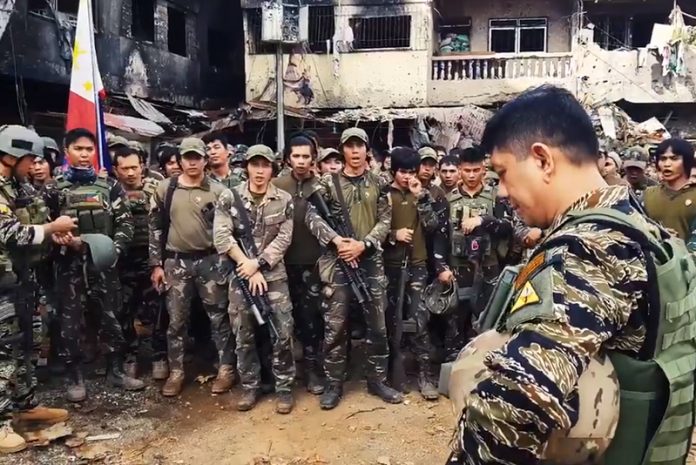 Amplified by a suicide bombing and ongoing military clashes, alarm bells are ringing loudly across Southeast Asia: Mindanao, it seems in some quarters, is about to emerge as the next Syria. As local Muslim insurgents regroup following their siege of Marawi city last year and foreign fighters associated with the Daesh move in on the chaos, local and foreign media experts are pointing to the Philippine’s second largest island as the epicentre of a new jihadist threat to stability across the region and beyond.

Tediously, the reality is more prosaic. Mindanao remains perennially prone to insurgent violence but will not become the next Syria, either as a hearth of regional Islamist revolt or as a home for a significant contingent of foreign terrorist fighters (FTFs) fleeing the collapse of Daesh’s Middle Eastern ‘Caliphate’. There are good reasons for Southeast Asian security planners to monitor events on the island and in the adjacent Sulu Sea region closely: breathless media reporting notwithstanding, the ‘second coming’ of Daesh need not be one of them.

The difficulty faced by FTFs in reaching the southern Philippines in the post-Marawi security environment constitutes a basic obstacle to any resurgence. To date most appear to have used the ‘back door’ route from Sabah in East Malaysia up through the island provinces of the Sulu Sea to the main landmass of Mindanao. While traditionally porous this maritime border is now relatively well policed especially on the Sabah side and is also the target of joint sea patrols. It is a far cry from Syria’s land borders with Turkey or Jordan across which thousands of foreign enthusiasts, mostly fellow-Arabs, rallied to the Syrian jihad in the 2012 -2015 period.

Over a year after the fall of the Daesh capital of Raqqah and the siege of Marawi, around 100 FTFs are estimated by the Philippine authorities to have reached the Sulu-Mindanao region. Whether this number warrants terms such as ‘flocking’ and ‘flooding’ currently bandied around in media reporting is a matter of semantics. However, it certainly does not amount to a militarily decisive force let alone a capability to form the all-foreign units seen is Syria recently and in Afghanistan in the late 1980s.

Another fundamental constraint on the ‘new jihad’ in the southern Philippines is the striking lack of military or political organisation. For FTFs who do reach the region there is no equivalent of Raqqah or Peshawar, the Pakistani border city that served as an organisational hub for the Afghan jihad. Isolated by language, culture and terrain, foreigners find themselves operating in penny-packets from jungle hide-outs.

Their local hosts coalesce around tribal and clan loyalties that divide the Tausog and Yakan of the Sulu archipelago from the Magindanao of southern Mindanao and the Maranao of the Lanao lake area to the north. While local insurgent factions may be happy enough to welcome foreigners as pan-Islamist status symbols or even tactical force multipliers, they remain incapable of channeling FTF energies and skills into any cohesive or strategic direction.

It remains an open question whether the Moroccan who volunteered to blow himself up at a military check-point in Basilan on 31 July, killing 11, was driven by ideological fervour or suicidal frustration.

Thirdly, to the extent it still has the time or space to plan external operations, there is no evidence to suggest that ‘Daesh Central’ in Syria is consciously directing FTFs to the southern Philippines in pursuit of any strategic goals or supporting them financially. While local groups have sworn allegiance to ‘Caliph’ Abu Bakr al-Baghdadi, Daesh has yet to reciprocate by formally recognising the region as one of its ‘provinces’.

Finally, ongoing counter-insurgency operations by the Armed Forces of the Philippines (AFP) since Marawi have pushed most groups onto the defensive. Even as it cost the insurgents hundreds of casualties, the siege of the city also underscored woeful and longstanding AFP weaknesses, not least in terms of intelligence and operations in urban terrain. But it also prompted significant infusions of aid and advice from fellow ASEAN states and Australia which have gone some way to mitigate problems and maintain military momentum.

In the coming years Mindanao will undoubtedly remain beset by chronic rural insurgency punctuated by terrorist bombings in urban areas. In short, it will conform to a pattern first established in the 1970s and 1980s. Jihadi tourists who first arrived in the 1990s from Pakistan, the Middle East and Malaysia will hardly improve the situation. Equally though they will not transform Mindanao into an Daesh bastion in Southeast Asia.

Light and Practical – ISTAR on the go