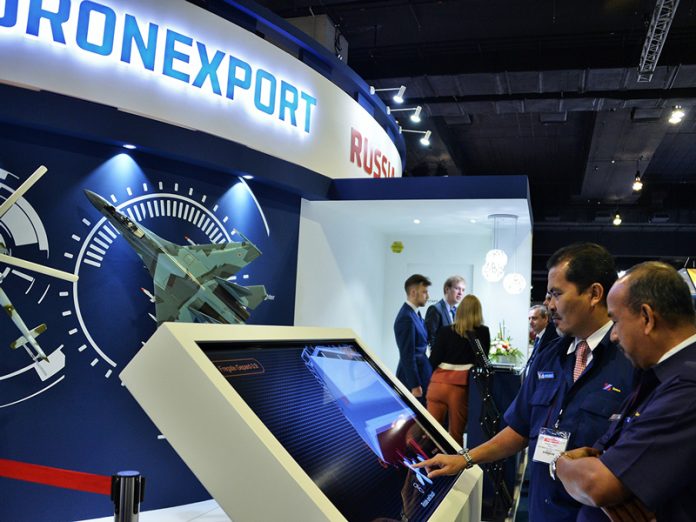 On November 4, 2019 there will be the 19th anniversary since the establishment of JSC Rosoboronexport (part of the Rostec Corporation). The company was created in 2000 in line with a decree of the President of the Russian Federation.

“Rosoboronexport continues to strengthen its positions in the world arms market. Irrespective of fierce competition, in the year 2019 we have already managed to supply our products to 43 countries to the amount of 11 billion dollars, signed over 800 contracts for future deliveries. And these are not the final results as we have two more months ahead until the end of the year. Simultaneously, the portfolio of orders of the company keeps at the level of nearly 50 billion dollars, which guarantees the load for Russian defence industry enterprises for several years ahead,” said Rosoboronexport’s Director General Alexander Mikheev, who is also holding position of deputy chairman of the Union of Russia’s Machine Builders.

Rosoboronexport started to promote for cross-border sales a number of outstanding types of weapons and military equipment, which potentially may become bestsellers in the world market. They include the Su-57E multipurpose fighter of the fifth generation and helicopters Mi-28NE and Mi-171SH, which were modernized with the account of the experience of their engagement in combat operations. For the equipment of personnel of the partners’ land forces, special operations and anti-terrorist units, the company has received an opportunity to supply the whole line of the Kalashnikov assault rifles of the newest “two hundredth” series, including those using NATO standard cartridges.

This year Rosoboronexport offered to foreign customers the new Russian multiple launch rocket system (MLRS) Tornado-S with the range of fire of up to 120 kilometers, new projectiles to MLRS and rounds for tank guns, mobile complex of missile weapons “Club-T”, the “Rubezh-ME” coastal tactical missile system and a number of other types of weapons, which are very much demanded in the market. The majority of them were exhibited at the largest international exhibitions of defence products in Russia and abroad.

In 2019 the company has been carrying out its work in the area of marketing and exhibitions in a pro-active manner, i.e. it has taken part in 16 exhibitions, and 5 more are to be attended by the end of the year. As a result of the inaugural exhibition DSE Vietnam 2019 in Hanoi, the organizers acknowledged that the unified Russian exhibit, arranged by Rosoboronexport, was the best one there.

Besides, Rosoboronexport became a participant of the first ever Russia-Africa Summit, where it had productive meetings with high level delegations from the continent’s countries.

“In 2019 Rosoboronexport continued to strengthen its image of a reliable partner, a dynamic and flexible company, ready to run business effectively even in conditions of immense pressure from the part of competitors. We introduce successfully those financial arrangements, which make our cooperation with partners independent from unfavourable external conditions,” added Alexander Mikheev. “This brings positive results. Despite sanctions, we have completed supplies of all the components of the S-400 Air Defence Missile Systems to Turkey ahead of time, created and launched the first world’s joint venture on production of the Kalashnikov assault rifles of the “two hundredth” series in India.”