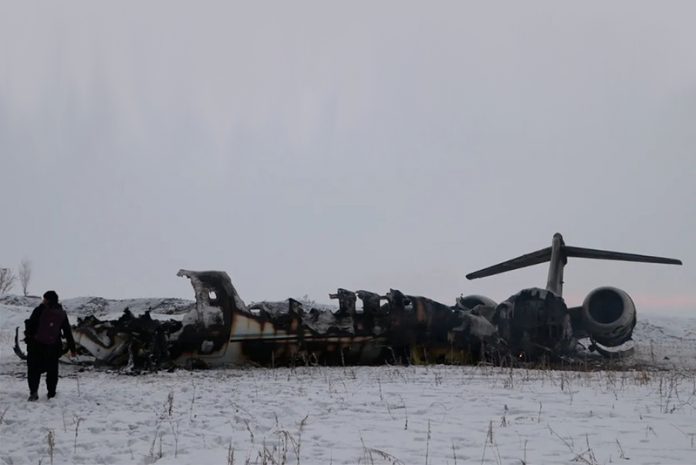 A United States Air Force (USAF) E-11A Battlefield Airborne Communications Node (BACN) aircraft crashed on 27 January in Afghanistan, US military officials have confirmed, though there was no official word on the status of the aircraft’s crew at that time.

The E-11A, 11-9358, a converted Bombardier Global Express Business jet loaded with specialised communications equipment, went down in a Taliban-controlled area of Ghazni Province, north of its operating base at Kandahar Airfield.

The aircraft was assigned to the 430th Expeditionary Electronic Combat Squadron (EECS), a geographically-separated unit of the 455th Air Expeditionary Wing at Bagram Airfield. When in the United States the BACN aircraft come under the command of the 653rd LCSG.

“There are no indications the crash was caused by enemy fire,” US Forces-Afghanistan spokesman Col. Sonny Leggett said in a statement. “Taliban claims that additional aircraft have crashed are false.”

Wi-Fi in the sky

The aircraft operate as ‘Wi-Fi in the sky’ with specialised equipment that relay communications and serve as a bridge between otherwise-incompatible systems. The aircraft was developed as an urgent operational need after communication shortfalls were identified during Operation Red Wings in Afghanistan in 2005.

Speaking to reporters, Air Force Chief of Staff Gen. David Goldfein confirmed the E-11 crash Monday morning, 27 January, but said he did not have details on the status of the aircrew. However subsequently US Defence Command confirmed that there were just a crew of two aboard at the time of the crash.

The crash site is in a Taliban-controlled area and helicopters were initially unable to land shortly after the crash because insurgents were nearby.

The aircraft flies over Afghanistan constantly – it surpassed 10,000 sorties in 2017 about eight years after deploying to the country for the first time, according to the service.

BACN works to ensure a consistent and effective form of communication in nearly any location or environment, significantly reducing the possibility of communication failure and increasing the rate of mission success. The payload, or package of sensors carried on the E-11A, allows command and control to get in contact with the troops on the ground, and vice versa, to enable mission accomplishment.