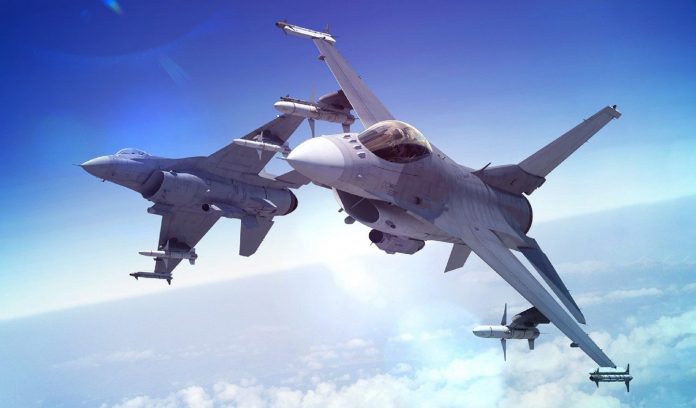 According to a US Department of Defense (DoD) announcement on 26 April, Lockheed Martin has been awarded a US$138 million contract modification for Taiwan’s Peace Phoenix Rising 2 (PPR2) program, comprising the development and fielding of Lockheed Martin’s Automatic Ground Collision Avoidance System (Auto GCAS) and the Raytheon AGM-88 High Speed Anti-radiation Missile (HARM).

The contract also calls for improvements and updates to the aircrafts’ radar software and Data Acquisition System, as well as advanced Identification Friend or Foe (IFF) systems. Contract work is expected to be completed by September 2022.

Auto GCAS is a system developed by the NASA, Lockheed Martin Skunk Works, and the US Air Force (USAF) and is intended to reduce controlled flight into terrain (CFIT) – essentially crashes caused by disorientated, overburdened, or even unconscious pilots – by 90%.

According to Lockheed Martin, the system comprises advanced collision avoidance and autonomous decision making algorithms that utilise precise navigation, aircraft performance and on-board digital terrain data to determine if a ground collision is imminent. If a collision is expected and the pilot is unresposive, the system will assume temporary command of the aircraft and perform an avoidance manoeuvre – a roll to wings-level position and a +5g pull – to divert the aircraft from ground impact.

The system then returns control after the aircraft resumes a safe trajectory and the pilot is responsive. The company also noted that the USAF has been fielding Auto GCAS on its F-16s since 2014, and is also being fielded on the F-35 Lightning II Joint Strike Fighter.

The RoCAF has suffered a spate of crashes that were mainly attributed to pilot error over recent months, including the loss of two F-5E Tiger II fighter aircraft were following a mid-air collision off Taiwan’s south-eastern coast in March 2021. The service also lost another F-5 and an F-16 in separate crashes in October and November 2020, respectively.