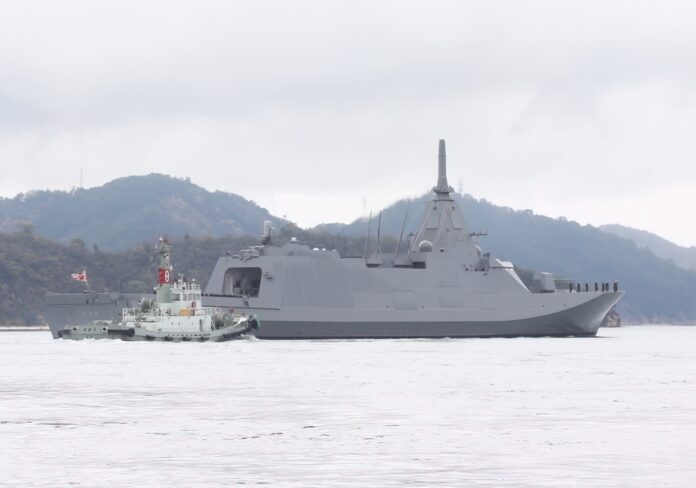 The navies of Japan and South Korea have held individual ceremonies in Tamano and Ulsan on 22 March to mark major milestones for their latest frigate construction programmes.

The 132.5 m-long vessel was launched in November 2020 following nearly 13 months of construction. According to the JMSDF, Kumano will feature extensive automation that makes it comparatively more compact than other vessels of the same class and can be operated by just 90 personnel.

“As a total ship integrator, we will continue to focus on developing new escort vessels that are not bound by conventional frameworks, responding to customer issues such as labour saving, unmanned operation, cyber security, and reduction of life cycle costs,” the company stated.

A senior navy official noted that the 2,800 tonne frigate has been provided with “enhanced anti-submarine capabilities” thanks to its advanced sonar systems and hybrid propulsion that reduces underwater radiated noise.

According to the Defense Acquisition Program Administration, Chuncheon will enter sea trials prior to delivery at the end of 2023.