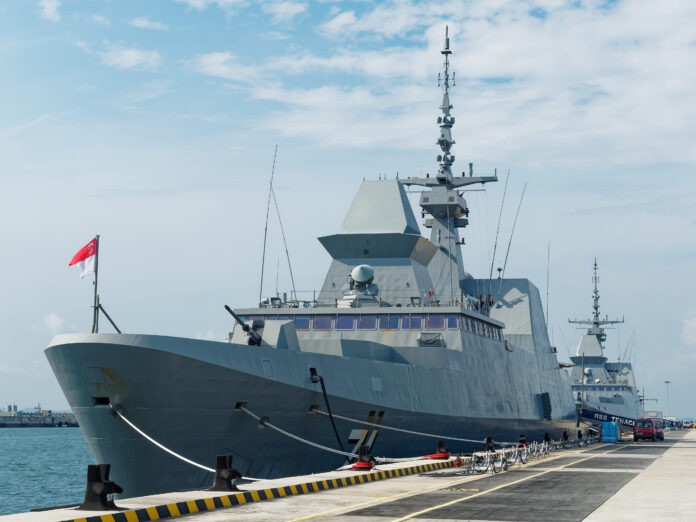 The Republic of Singapore Navy’s (RSN’s) principal surface warfare fleet of six Formidable-class frigates is set to receive mid-life upgrades after fifteen years of service, the Ministry of Defence (MINDEF) announced on 2 March.

The 114 metre-long frigates, which were commissioned between 2007 and 2009, will be retrofitted with an enhanced command and control system featuring advanced technologies such as artificial intelligence and improved sensors, enabling their crew to detect and react faster to potential threats. Upgrades will also be provided to the vessels’ weapons and communication systems.

While MINDEF did not provide details of the weapon upgrades, there is speculation that Blue Spear, new anti-ship missile jointly developed by Singapore’s ST Engineering and Israel’s IAI but marketed globally by a joint venture firm called Proteus Advanced Systems, could be a contender to replace the frigates’ Boeing RGM-84C Harpoon, a weapon that was first introduced in the early 1980s.

Their communication systems will also be updated for greater networking capacity with the wider Singapore Armed Forces (SAF), while a Fleet Management System will be incorporated to gather platform and combat systems usage data for preventative maintenance purposes to boost operational readiness.

Upgrade work will performed in partnership with the Defence Science and Technology Agency (DSTA) and DSO National Laboratories.

“Since the commissioning of the first frigate in 2007, the frigates have pushed the operating envelope for the RSN across all dimensions – air, surface and underwater – in the maritime domain,” stated MINDEF.

The frigates had earlier been upgraded with the Thales STIR 1.2 EO Mk 2 radar and electro-optical fire-control directors as well as Rafael Mk 38 Mod 2 Typhoon 25 mm guns between 2013 and 2015.

The STIR 1.2 EO Mk 2 system is designed to detect and track targets in densely cluttered environments, such as littoral waters and provide fire-control for the frigates’ Oto Melara 76/62 Super Rapid main gun.