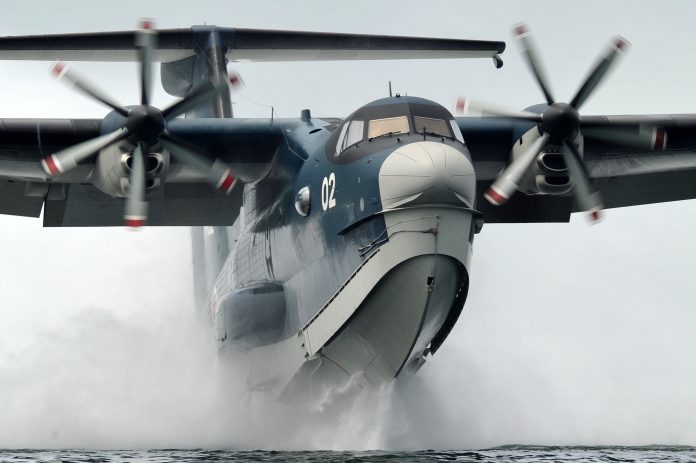 Japan and India’s Defence Ministry were supposed to finally sign the sale of twelve ShinMaywa Industries’ US-2 amphibious aircraft in a deal worth between $1.5 billion and $1.6 billion.

The deal was to be signed on 11 November during Indian Prime Minister Narendra Modi’s visit to Japan, and would have been Tokyo’s first arms deal since the 2014 lift of Japan’s 50-year ban on defence exports. Japan agreed to sell India civil nuclear power equipment and technology, but an agreement on the long awaited sale of US-2 aircraft was not finalized because of differences over pricing and other conditions: “It is very important step for both countries”, Satoru Nagao, research fellow in security and strategy at the Tokyo Foundation, a think tank based in the Japanese capital, told AMR, “and it will not be abandoned … It is the first defence hardware trade deal between Japan and India and one of the first major export deals for Japan,” Mr. Nagao explained, adding that the deal was: “a first step for Japan’s defence Industry towards finding more overseas partners and markets.”

Japan has struggled to break into the international defence industry since the lift of the weapons export ban two year ago. The country was a contender in the bid to build Australia’s new generation of conventional hunter-killer submarines (SSKs) to replace the Royal Australian Navy’s ‘Collins’ class SSKs, but lost the bid to France in April: “The defence industry in Japan has been shrinking in size due to budget deficits in defence and because most defence related manufacturers do not rely on the defence sector,” explained Mr. Nagao: “and it really needed the export deal to go through.”

Japan and India have been discussing the sale of the aircraft for over two years, with six destined to serve with India’s Navy and six with the Coast Guard: “This being Japan’s first major defence export, there was no one responsible official on Japan’s side,” Mr. Nagao told AMR. But the main point of discord for India was the cost of the deal. In order to push the agreement and expand its partnership with India, Japan announced it was willing to reduce the price of the aircraft.

The deal comes at a time of growing security concerns in the region, as the People’s Republic of China develops its military presence: “China has been expanding its deep-water naval presence and increased its military activities in the East and South China Sea and Indian Ocean,” Mr. Nagao explained, adding that: “a stronger relationship between Japan and India can be of important strategic significance,” especially after the election of the new American President Donald Trump, who’s ‘America First’ campaign promises to stir local concerns about a reduced US engagement in the region.