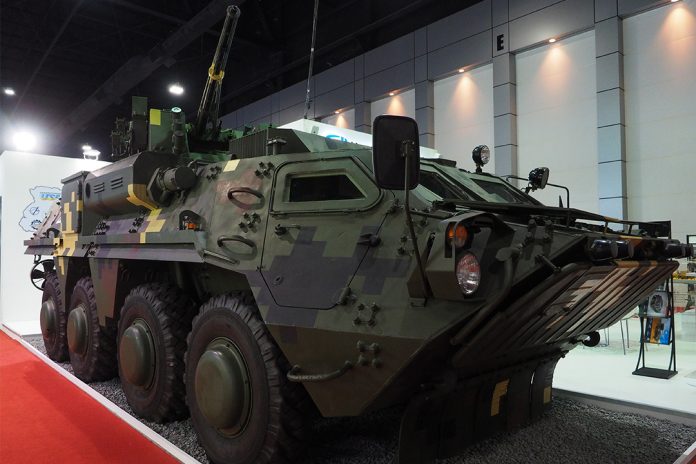 State-owned defence industry group Ukroboronprom is pursuing regional license manufacture for its 8×8 BTR-4 armoured personnel carrier (APC). A company representative said it is already in talks with a number of potential customers in Southeast Asia.

The company’s latest success in the region is with the Indonesian Marine Corps (KORMAR), which ordered an initial five vehicles in 2014 with these delivered in September 2016. KORMAR has a known requirement to replace around 100 ageing BTR-50PK APCs that were acquired from Ukraine in the late 1990s.

“We are hoping to expand our already strong relationship with Thailand and the rest of the countries in Southeast Asia which have had good experiences with our products,” an Ukroboronprom official said. “We know that there is a significant demand for vehicle modernisation in the region, and some of these vehicles are built in Ukraine followed by technology transfers and local production in the customer’s facilities.”