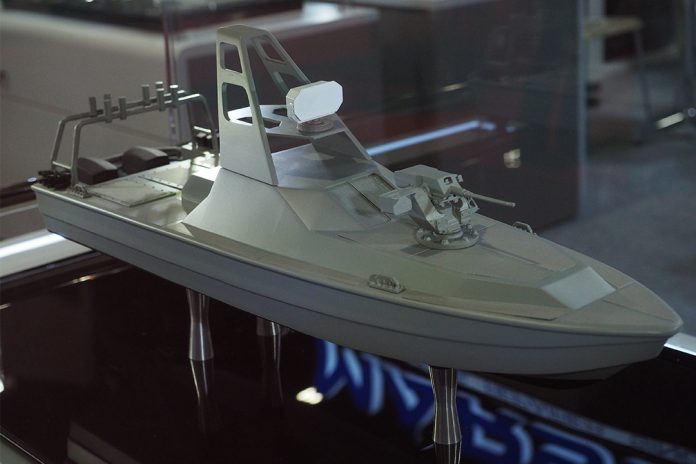 The proposed USV design is based on a lightweight single hull vessel with an overall length of ten metres and a beam of 3.2m. A draft of 0.5m enables it to operate in shallow waters around inland waterways or close to shore.

The USV will be equipped with a 1,000 litre fuel capacility which will provide an operating range of 300 nautical miles (nm), while a high power marine diesel engine will enable the vessel to achieve a maximum speed of 45 knots (kts).

In terms of armaments, Marsun is proposing a 7.62mm or 12.7mm machine gun mounted on a stabilised remote weapon station, although other weapons could be fitted depending on customer requirements. The USV will also be equipped with a host of optical and infrared sensors, as well as collision avoidance and radars.

“The USV will be equipped with a high level of autonomy and will be capable of conducting patrols and surveillance missions with minimal input, although it can be fully controlled by an operator if required,” a company official said. “In the future, it can also be included as part of a manned-unmanned fleet.”

Besides the USV, the company has also developed the Tigershark II Type 3 unmanned aerial vehicle in collaboration with the Royal Thai Air Force which is already in service.