Ionizing radiation is everywhere. Knowing where it is in the community and what type it is, helps responders be more effective and increases personnel and public safety.

The four classification types of radiation include:

SNM can be found at nuclear power facilities, with the military, or possibly in transit, and can include such potentially harmful material as enriched uranium, uranium-233, and plutonium. What’s more, SNM in public is most likely to be used for clandestine nuclear motives, making SNM detection a vital component of a comprehensive CBRNE program for homeland security and terrorism deterrence. 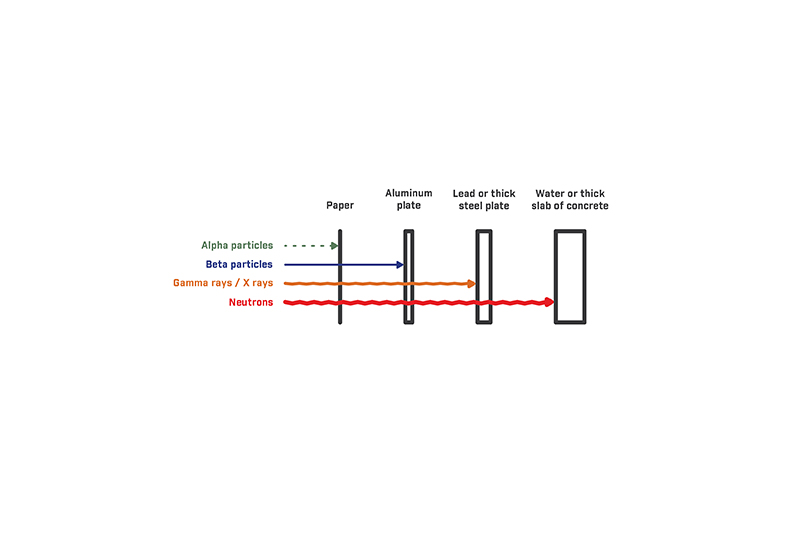 Neutron detectors serve as the first line of defense against nuclear-related terrorist smuggling. Systems with neutron detectors play a crucial role for responding quickly and appropriately to nuclear threats.

Neutrons have high kinetic energy and thus can most effectively penetrate material, making them difficult to shield. Furthermore, free neutrons very rarely appear spontaneously, except in the case of SNM. As a result, using a neutron detector is extremely important to stop illicit activities and prevent harm to human life.

Terrorists may attempt to obfuscate SNM as of part their illicit activities, often behind a larger benign source such as within a shipping container. Common materials like steel may block other types of radiation, but a neutron detector will detect neutrons as they pass through. The presence of neutrons would be an indication that malicious material is being intentionally hidden or masked. This is a highly suspicious situation and typically requires an immediate response.

Neutron detectors may also provide secondary confirmation of fissile material, material such as uranium or plutonium, where an initial gamma-based identification has been made.

When selecting neutron detectors, it’s important to balance a number of factors, including cost, required deployment coverage and capability.

The radionuclide identification device (RID) typically can serve as a stand-alone solution, or as a combination radiation detection device, providing more actionable detail and accuracy, but at a higher cost.

With a variety of options available, governments and organizations can find the right neutron detection devices to identify potential nuclear terrorist activity as part of an overall CBRNE strategy, depending on the mission, coverage area or identified potential threats.