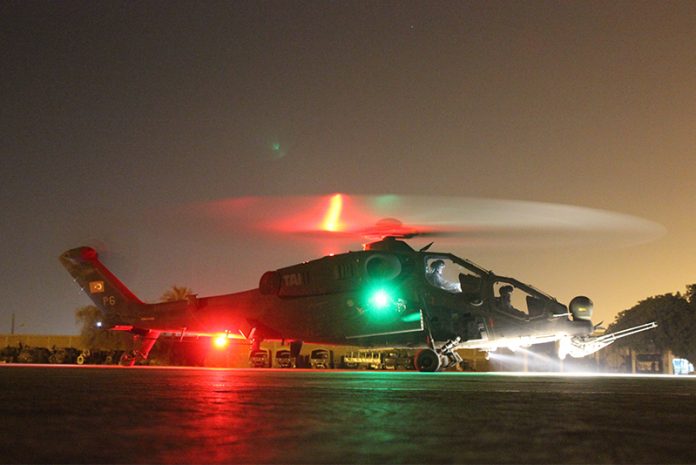 The future of the Pakistan Army’s attack helicopter fleet has been uncertain in recent years. Its fleet of around 20 Bell AH-1F/S Cobras has done a great job supporting the Army fighting militants on the ground in the western reaches of Pakistan.

The aircrews and maintenance personnel have performed miracles working with such old systems. However, these vintage attack helicopters do not boast the smart technologies the modern gunships needs to fight today’s wars. So it’s not surprising that a replacement helicopter has been on the top of the Pakistan Army Aviation’s (PAA) agenda for some time.

Unfortunately, things have not gone as smoothly as they could have done. Initially, an order for three AH-1Zs in August 2015 led to the aircraft being handed over to the PAA in the United States. By the end of 2017 they were being used to train PAA pilots. A subsequent deal in April 2016, saw the US Department of Defense (DoD) award a $170 million contract to Bell to produce another nine AH-1Z Viper helicopters which would have been built by September this year.

However when the US government cancelled $300 million in military aid in late August, it also included the three airworthy AH-1Zs and the remaining nine. The Vipers are now stored at Davis Monthan AFB, Arizona where the Aerospace Maintenance and Regeneration Group (AMARG) also known as the Boneyard, is located. In 1991, when the US Government embargoed the sale of 71 Lockheed Martin F-16C/Ds bound for the PAF along with three Pakistan Navy P-3Cs, it led to many of the F-16s and the Orions being flown into store at Davis Monthan AFB. It is unlikely the AH-1Zs will be delivered, despite unofficial comments coming from Bell that once the row blows over the AH-1Zs could find their way to Pakistan.

Following the stance of the US, there has been speculation that this could affect the sale of the Turkish Aerospace T129 ATK attack helicopter to the Pakistan Army. In late-May, Pakistan formally signed a deal for 30 T129s after years of discussions between the two parties. The helicopters are powered by the LHTEC800 turboshaft engine, produced by LHTEC a joint venture between Rolls Royce and Honeywell a US company, which could see the engines sanctioned.

However, a Turkish Aerospace official told Asian Military Review at the Bahrain International Airshow in mid-November, “delivery of T129 attack helicopters to Pakistan depends upon the US export licensing process and we know it is underway. We received the US advisor’s opinion before discussions with Pakistan and after we signed the deal, we asked for the export license.” He added, “We see no problem. Pakistan is not getting a new capability as they were getting AH-1Zs anyway.”

The official went on to add that production of the aircraft was already underway. “The first ten T129s are being be diverted off the Turkish Army production line and could be delivered within 2-3 months of the US giving the go ahead.”

Back in May, 2015, Turkish Aerospace sent its factory T129, P6 to Pakistan where it was involved in a technical evaluation. As part of that procedure, the T129, spent ten days undergoing hot and high evaluation trials where it operated in temperatures of 52° C and was flown by a PAA pilot alongside a TAI test pilot. During the trials in the Hindu Kush in the Himalaya mountains, the T129 ATAK flew over 14,000 feet. A source said, “the helicopter is the best fit for all the Pakistan Army’s requirements.”

The T129s are expected to replace all the AH-1 Cobras currently housed at Multan, although the PAA does have a forward operating base at Peshawar. The aircraft are regularly flown up to heights well over its ceiling limits to keep out of the way of man portable air defence systems (MANPADS). According to crews who are flying them, they can hear the helicopter creaking caused by the thinning air pressure operating at heights the old airframes were never designed for.