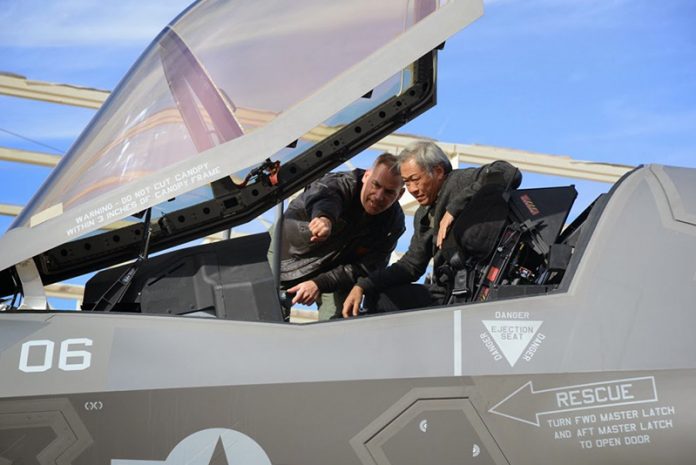 On 18 January 2019 the Singapore Ministry of Defence (MinDef) announced that its procurement agency, the Defence Science and Technology Agency (DSTA), had completed its five-year technical evaluation in support of the island nation’s requirement for an F-16 replacement.

This technical evaluation reportedly concluded that the Republic of Singapore Air Force (RSAF) should first purchase “a small number of F-35 JSFs for a full evaluation of their capabilities and suitability before deciding on a full fleet.”

Buying a small number of F-35s for an initial evaluation promises to let the RSAF understand how the F-35 could best be integrated into its existing force structure and doctrine. Singapore has previously placed small initial orders – for example purchasing 12 F-15SGs but eventually taking at least 40.

The Ministry announced that it would “discuss details with relevant parties in the US before confirming its decision to acquire the F-35.” Defense Minister Ng Eng Hen said in a Tweet that this process could take nine to 12 months.

Singapore, like Israel, may want to be able to make modifications to customise the aircraft to meet the RSAF’s specific operational requirements, and will expect to be able to use its own sovereign national Mission Data. The US is unlikely to allow this.

If discussions are successful, MINDEF will proceed to buy a handful of F-35s for a full evaluation, of unknown duration.

Singapore finally issued a letter of request (LoR) for four F-35Bs (with options for eight more) in 2014, marking the start of the US Foreign Military Sales (FMS) process, intended to culminate in deliveries from 2022

In June 2016, Singapore’s Permanent Secretary for Defense Development, Ng Chee Kern, informed the US Department of Defense that it was suspending this procurement, while evaluations progressed.

In June 2018 Major General Mervyn Tan, the RSAF’s Chief of Air Staff said that, after careful studies the air force had concluded that the most cost-effective approach would be to “upgrade the F-16 to extend its lifespan, while evaluating the F-35 as a potential candidate to strengthen our fighter force and maintain our combat edge into the future.”

Neither Mindef nor the RSAF has specified the JSF variant that will be acquired, nor the numbers envisaged for the initial evaluation, or indeed subsequently. Lieutenant General Christopher Bogdan, the then-head of the F-35 Joint Programme Office, said in 2015 that Singapore had requested information on all three variants of the F-35 during its evaluation, although the Short Take-Off Vertical Landing (STOVL) F-35B was felt to be the version that Singapore favoured.

This could fit in with Singapore’s plans to replace its four Endurance-class landing platform docks with a new Joint Multi-Mission Ship (JMMS) sometime after 2020. The new ship is expected to incorporate a full-length flight deck, and could support limited F-35B operations.