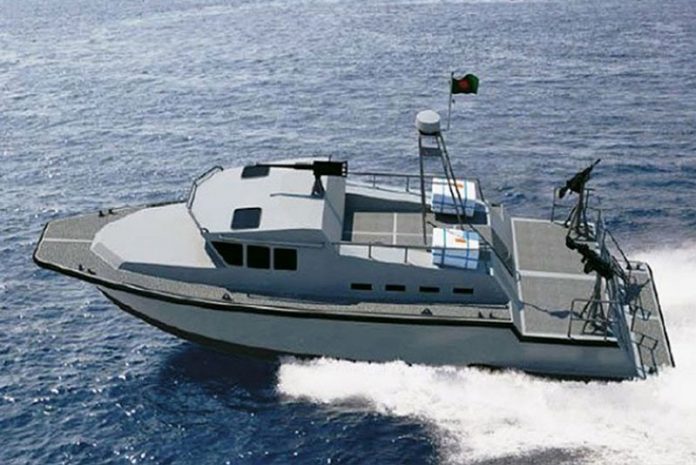 The company had in September completed a contract to supply and assist with the construction of 18 high-speed patrol boats derived from its X12 Combat Craft design.

The fully composite craft is designed for patrol and interception roles in tropical areas. It is configured with an enclosed cabin to seat three crew members and accommodate up to eight fully equipped troops, and is outfitted with a fully integrated navigation, radar and communication package, and a toilet.

There is an elevated 12.7mm gun mount strategically positioned on the top of the wheelhouse, with two additional gun mounts on the aft deck. The engine hatches and wide side decks enhance safety and ease of movement around the craft, especially during boarding operations. The aft transom platform protects the propulsion system and can also be used for diving operations or recovering persons from the water.

The craft is propelled by waterjets powered by two Volvo Penta engines producing 320kW at 3,500rpm, and can attain a top speed of 35 knots. The vessels are equipped with two 765-litre fuel tanks. It can operate in offshore and shallow waters, and if necessary, make beach landings.

As part of the contract’s technology transfer clause, two of the vessels were built in Banyuwangi, Indonesia, while the remaining 16 vessels were constructed at the Bangladesh Navy-owned Dockyard and Engineering Works with support from PT Lundin’s engineers.

Besides the X12 Combat Craft, the company has also designed and manufactured a range of high-tech composite naval and commercial crafts, including the 63m trimaran Fast Attack Craft (FAC), which has been acquired by the Indonesian Navy.