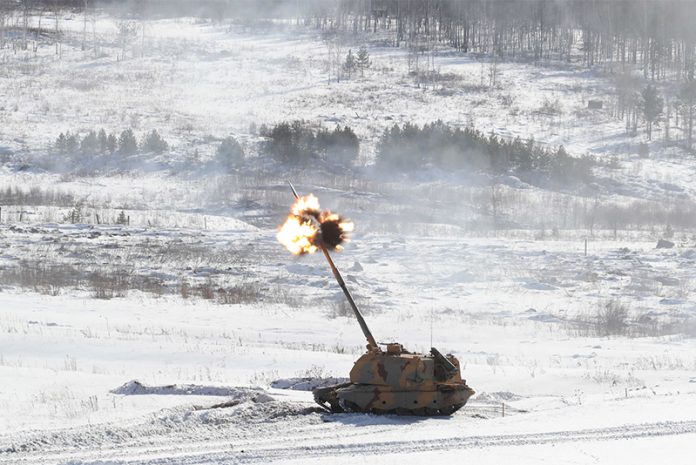 Rosoboronexport and UralVagonZavod (UVZ), both part of Rostec State Corporation, have first demonstrated the combat capabilities of the 155mm Msta-S self-propelled howitzer.

During the tests, the Msta-S SP howitzer hit all its targets and performed all planned maneuvers. The Msta-S, developed at the initiative and with the participation of Rosoboronexport, uses a NATO standard 155mm gun and is designed to destroy artillery and mortar batteries, tank columns, command & control and reconnaissance posts.

“This combat vehicle has powerful artillery armament and road performance that are not inferior to modern armored vehicles. It is equipped with advanced communications, satellite navigation and surveillance systems. During the tests, the Msta-S showed excellent results in target engagement using an automated fire control and the Orlan-10E unmanned aerial reconnaissance system. I’m sure that our Middle East partners were able to see once again the advantages of the Russian military equipment,” said Viktor Kladov, Director for International Cooperation and Regional Policy at Rostec. 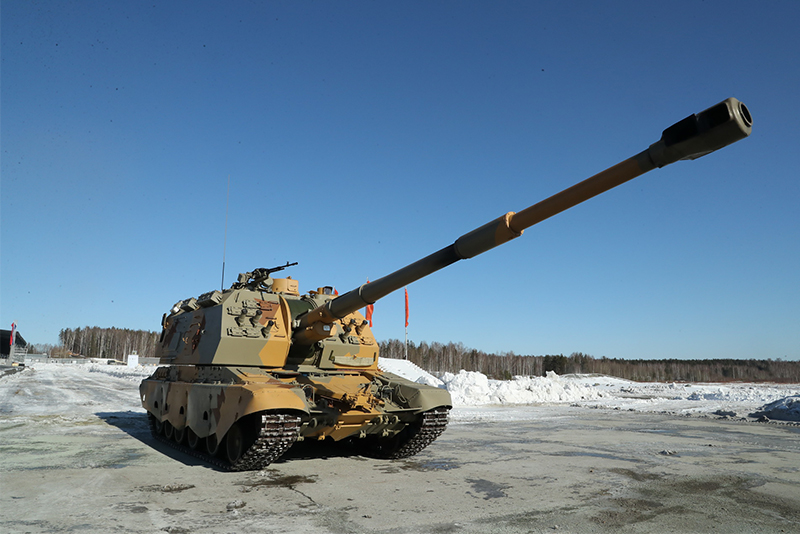 The Msta-S self-propelled howitzer can be successfully used against fortifications and field depots, manpower and firearms in strong points and at deployment lines, air defense, missile defense and electronic warfare assets. The howitzer is capable of firing including also at sea targets within their reach.

Today Russia’s 155mm Msta-S self-propelled howitzer manufactured by Uraltransmash is steadily taking its place among artillery systems of the most common caliber worldwide. In terms of cost performance, it significantly outperforms competitors presented on the world market. In addition, it has characteristics comparable to those of similar howitzers, and surpasses them on a number of items. We are expecting the Msta-S will be of considerable interest to countries in the Middle East, Africa and the Asia-Pacific region,” added Alexander Mikheev, Director General of Rosoboronexport.

The 155mm Msta-S self-propelled howitzer is equipped with an automatic laying and fire control system, a thermal imaging sight coupled with a laser rangefinder, observation devices, a muzzle velocity radar, loading mechanisms, mechanized charge stowage, mechanisms for feeding projectiles and charges from the ground, and a 12.7 mm machine gun mount. It is also fitted with communications equipment, two filtration units, a self-contained power supply and air conditioning unit, electrical equipment, a hydraulic system and a gun loading control system. Satellite navigation equipment is used to locate the self-propelled howitzer in a given coordinate system. The fighting compartment meets all modern ergonomic requirements.

“Our partners have praised the combat capabilities of the new artillery system. The howitzer showed excellent results. Firings with automatic realignment were also carried out during the firing tests. Field tests showed the reliability and effectiveness of the Russian gun and substantiated the claimed specifications,” said Alexander Potapov, Director General of UralVagonZavod.