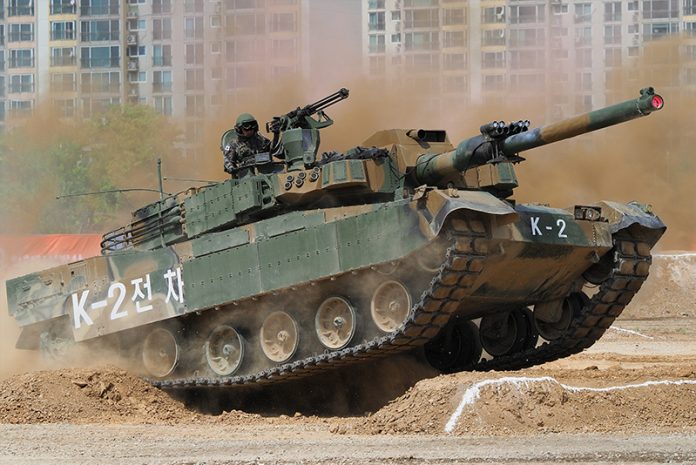 The South Korean government has announced a reduction of its 2020 defence budget in response to the Covid-19 coronavirus.

The Ministry of Economy and Finance (MOEF) in Seoul said in a 16 April statement that the annual defence budget will be cut by $733 million (904.7 billion won). The funds will be reallocated to the national ‘emergency disaster assistance plan’ that aims to reduce the economic impact of the pandemic.

Budgetary cuts have also been made to other ministries including agriculture, education, environment, and industry, although the reduction in the defence budget is the greatest.

The MOEF added that the defence budget reduction removes $156 million (192.7 billion won) from the armed forces’ operating expenses, with the remaining $577 million (712 billion won) sourced from military modernisation. The latter includes activities such as acquisition as well as research and development (R&D).

Kim Il-dong, director general of the Ministry of National Defense’s (MND’s) Military Force Policy Bureau, told local media that the impact to ongoing procurement has been minimised as contract schedules – for both domestically produced and imported equipment – have already been postponed due to the pandemic.

Kim noted that the MND will also look to postpone payment for planned acquisitions such as the Lockheed Martin F-35 Lightning II fighter aircraft and the Aegis Combat System by a year.

Elsewhere in the Asia Pacific region, India and Thailand are also placing caps on military expenditure and reviewing requirements, while Japan and Malaysia have indicated that near-term spending could be impacted.