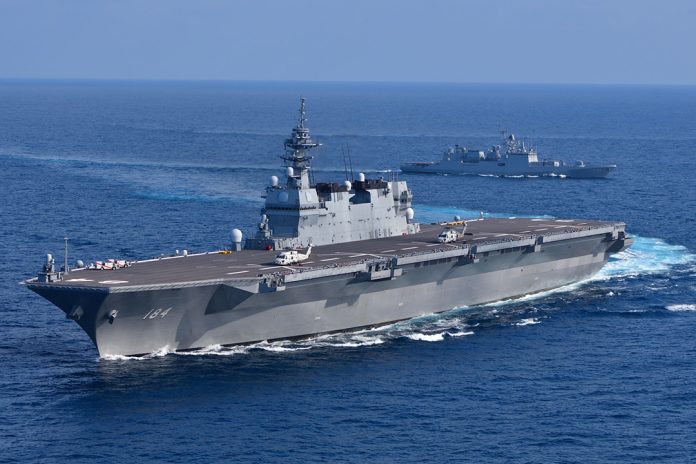 Despite the challenges posed by the ongoing Covid-19 pandemic, Asia Pacific naval forces pushed on regional deployments and exercises throughout September.

Notable examples include the Japan Maritime Self-Defense Force’s (JMSDF)’s Indo Pacific Deployment (IPD) 2020, which commenced from 7 September and is expected to conclude on 17 October. JMSDF assets involved in IPD 2020 include the Izumo-class multipurpose destroyer/helicopter carrier JS Kaga and the Murasame-class destroyer JS Ikazuchi, an unnamed submarine, three naval helicopters, and over 600 personnel.

The JMSDF also earlier exercised with the Sri Lankan and Australian navies separately. From 23-24 September, JS Kaga and JS Ikazuchi replenished at the Port of Colombo and performed navigation manoeuvres with the Sri Lankan Navy’s offshore patrol vessel SLNS Gajabahu in the vicinity of the port.