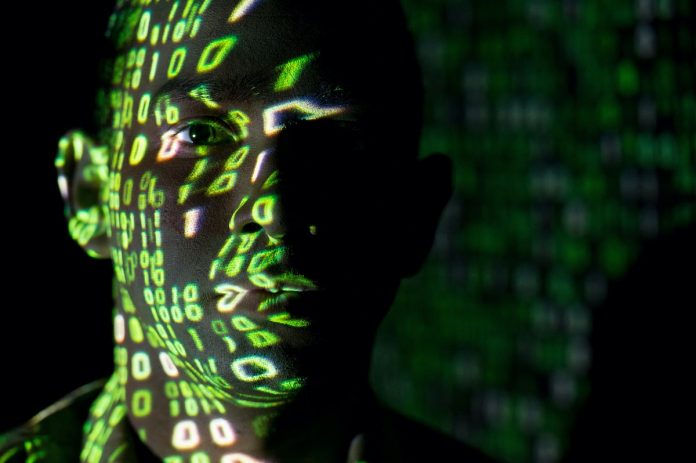 “Leadership is the art of getting someone else to do something you want done because he wants to do it.” – General Dwight D. Eisenhower

The most effective Special Operations Forces (SOF) are trained to be specialists in intelligence gathering as much as they are in fighting aggressively when called to do so. Winning ‘hearts and minds’ is as relevant today as it was in the 1950s for the British in Malaysia and for Americans in the 1960s during the Vietnam War.

General Richard Clarke, Commanding General, USSOCOM spoke about “winning the war without conflict” during his keynote speech on Tuesday 18 May at the Special Operations Forces Industry Conference (SOFIC). “The struggle for advantage among states below the level of armed conflict is ubiquitous aspect of international politics,” he said, adding that a major part of this was the battle for the cognitive space (bringing several processes together to formulate intent), adding that this was different from cyber.

During an earlier conference in April on Great Power Competition, Gen Clarke said that interaction with cyberspace generally revolves around three themes:
Security – especially data security around operations. It is a fuel for decision making with bad data likely to result in mission failure and the potential loss of lives. “Cyber security is especially important when operating with allies,” he added.
Access – adversaries are now looking to attack SOF data with increased sophistication, but that is a ‘two way street’ where adversaries can also be attacked. SOCOM has worked closely with cyber command.
Influence – psyops is playing a large role in influencing security and stability with adversaries strenuously wielding disinformation and misinformation. This was evident during the elections of several countries, including the US. “The fight against Islamic State provided one example of how disinformation online could spread regional violence,” said Gen Clarke.

The internet has become a battlefield where almost everything is transparent, yet the truth can easily be obscured,” he said.

Among others, USSOCOM has partnered with the Algorithmic Warfare Task Force under Project Maven – which was initially set up to automate the processing, exploitation, and dissemination of massive amounts of full-motion video collected by intelligence, surveillance, and reconnaissance (ISR) assets in operational areas around the globe.

Now, in a paper released by the Modern War Institute in 2020, it is now serving as a “springboard to prepare DoD as an institution for future wars—a transformation from a hardware-centric organisation to one in which AI and ML [machine learning] software provides timely, relevant mission-oriented data to enable intelligence-driven decisions at speed and scale.”

“The implementation of a disruptive technologies roadmap is already approved and we are working towards a number of technologies that are most relevant to security and defence; AI, big data, bio-technology, quantum, space, human enhancement and hypersonic,” he stated. The North Atlantic Council is looking further ahead to the 2030-40 timeframe, with Geoană stressing the importance of “the triple helix” between government, industry and academia, in developing and adopting new technologies while avoiding interoperability gaps. “We still have a huge edge in freedom of information and innovation,” he added.

Geoană said that innovative start-ups and new ventures needed to be able to scale up, test and have access to trusted capital. “We have the power of standardisation – even our rivals are looking at the quality of what we do,” he said. “But sometimes capital ‘from not the best places’ is trying to capture what would be beneficial to our societies,” referring to financing from NATO rivals.”

In conclusion, Geoană said that NATO needed to retain its technological edge over its rivals, maintain transnational cooperation and allies need to find a way to maintain interoperability across the alliance.

Highlighting a selection of $100 million+ government awarded contracts awarded between 17-21 May 2021 and Foreign Military Sales contracts.

21 May
US NAVY
Insight Public Sector has been awarded a $2.5 billion blanket purchase agreement (BPA) under the Department of Defense Enterprise Software Initiative (DoD ESI). DoD ESI streamlines software licensing acquisition and provides information technology products that are compliant with DoD technical standards and represent the best value for the DoD. This DoD Enterprise Software Agreement (ESA) will provide commercially available perpetual licenses, software assurance, user-based subscription licenses to include Microsoft 365, Microsoft Azure, and client access licenses among others. The ESA will be used by DoD and the Coast Guard. Naval Information Warfare Center Pacific is the contracting activity.

Fairbanks Morse, and MAN Diesel and Turbo are awarded a multiple-award, IDIQ contract with a shared ceiling of $170 million, for supplies and services in support of Military Sealift Command’s (MSC) diesel engines aboard the command’s fleet of ships. This award will provide parts and services from the original equipment manufacturer (OEM) for these diesel engines, and OEM authorised parts and service technicians in order to maintain the diesel engines aboard multiple classes of ships including MSC’s submarine tenders, hospital ships, dry cargo ammunition ships, fleet replenishment oilers, expeditionary mobile bases, expeditionary transfer docks, large, medium speed roll-on/roll-off ships and the Kocak class of roll-on/roll-off container ships. The Navy’s Military Sealift Command is the contracting activity.

IDSC Holdings is awarded a $8.8 million IDIQ contract that procures up to a maximum of 1360 toolsets, each containing 1410 different types of commercial tools required to support the F-35 Lightning II Joint Strike Fighter for the Navy, Marine Corps, Air Force, Foreign Military Sales customers and non-Department of Defense participants. The Naval Air Warfare Center Aircraft Division is the contracting activity.

US SPECIAL OPERATIONS COMMAND
L3Harris Technologies received a maximum ordering limit increase modification of $438 million on an IDIQ contract for the Suite of Integrated Radio Frequency Countermeasures program. This modification raises the maximum ordering amount to $493 million and adds pricing for procurement of modules and parts. US Special Operations Command is the contracting activity.

US ARMY
General Dynamics Ordnance and Tactical Systems; EnviroSafe Demil; and EXPAL USA, will compete for each order of the $110 million contract for the demilitarisation and disposal of conventional ammunition. US Army Contracting Command is the contracting activity.

19 May
US AIR FORCE
(Highest award of the day). BC Customs received a ceiling $70 million IDIQ contract for the Search and Rescue Tactical Vehicle (SKTV) – Side by Vehicle (SXV). This contract provides SKTV-SXV, training and accessories for special warfare. Air Force Life Cycle Management Center is the contracting activity.

US NAVY
TLD America is awarded a $11.2 million IDIQ contract that procures a maximum quantity of 21 Diesel/Electric Polyalphaolefin Cooling Carts in support of aircraft avionics and radar systems during testing and maintenance in support of the MQ-4C Triton program for Navy, Foreign Military Sales customers and international partners. The Naval Air Warfare Center Aircraft Division is the contracting activity.

18 May
US NAVY
(Highest award of the day). A. Harold and Associates; BGI; Carley; and Crew Training International, are each awarded an IDIQ contract for an estimated aggregate ceiling of $90 million, with the companies having an opportunity to compete for individual orders in support of the Naval Air Warfare Center Training Systems Division. These contracts provide for pilot and aircrew curriculum revision and maintenance support, including revision, update and maintenance of curriculum to ensure currency and accuracy of content in support of flight training, education and training services for the Navy, Marine Corps, and Foreign Military Sales customers. Additionally, these contracts provide for the development of new lessons for curriculum that results from major Naval Air Training and Operating Procedures Standardisation and Operational Flight Program upgrades to naval aircraft type/model/series in support of fleet replacement squadrons, fleet readiness centers, fleet replacement detachments, and aircraft weapons and tactics schools. The Naval Air Warfare Centre Training Systems Division is the contracting activity.

17 May
US AIR FORCE
AllCom Global Services; Computer Sites; Eaton; and MC Dean, have collectively been awarded an $875 million IDIQ contract for power conditioning and continuation interfacing equipment. This contract provides for the commercial design and purchase of uninterruptable power supplies for all federal entities. Air Force Life Cycle Management Center is the contracting activity.

US NAVY
Lockheed Martin is awarded a $194 million contract modification that adds scope to provide non-recurring engineering, integration and testing of the aircraft interface module in support of ASQ-239 electronic warfare/countermeasures system upgrades planned for F-35 Lot 17 aircraft deliveries for the Navy, Marine Corps, Air Force, and non-Department of Defense participants. The Naval Air Systems Command is the contracting activity.

There will be no Editor’s Bunker Briefing next week as I am taking a well earned vacation. It will return on Monday 7 June.