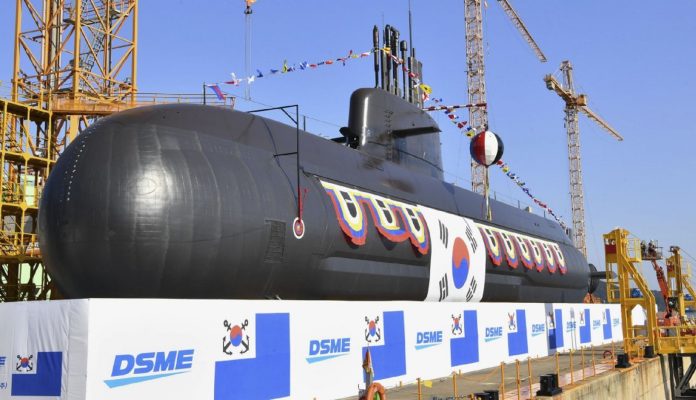 Indra, one of the leading global technology and consulting companies, has entered into a contract with the Korean DSME shipyard to equip the first KSS III submarine of Batch II to be delivered to the Korean Navy with its Pegaso electronic defence system, which offers a probability of interception of signals in its working band close to 100%.

Indra’s system monitors the electromagnetic signals emitted in its environment to gather intelligence (SIGINT), combining the functions of the radar and communications signals measurement support system (RESM/CESM). The solution integrates both sensors into a single antenna to increase efficiency, save space and reduce the radar section of the submarine, making it more difficult for the enemy to detect it.

It also incorporates True Wideband Digital Reception, which instantly covers a wide spectrum of the radar and communications bands to increase the likelihood of the interception of any vessel or aircraft in the submarine’s vicinity to almost 100%.

This advanced system will reinforce the Korean Navy’s effectiveness and situational awareness and its surveillance, reconnaissance and deterrence capabilities on every mission.

In addition to gathering high-value intelligence for the entire fleet, Indra’s Pegaso system will effectively contribute to the Electronic Order of Battle (EOB) in the area of operations in real time.

This means that the data provided by Indra’s system will be of vital importance in the command’s decision-making process and the tactical planning of the operation to be executed by the other deployed platforms.

The company will address the high-level integration of its Pegaso system into the combat system (CMS) developed by Hanwha Systems, the local Korean company. It will also work with the DSME shipyard to support the Korean Navy in defining the doctrine for the use of electronic defence systems on submarine platforms, particularly in the field of communications signals intelligence in areas of conflict.

Indra has been awarded this contract after equipping three KSS III submarines from the first batch of this program. The new setting of the Pegaso system to be implemented now will be more sophisticated, enhancing the capabilities of the upgraded version of the KSS III, an almost 90-meter long state-of-the-art submarine that is capable of displacing over 4,000 tones submerged.

The Pegaso system is capable of the automatic and instantaneous detection of emissions (including accurate information on their angle of arrival), analysis, classification, identification and the recording of pulsed or continuous wave signals on the radar and communications frequency bands.

It can also record any signals, data and events that occur on the mission for subsequent offline analysis, using specific software tools for detailed study.