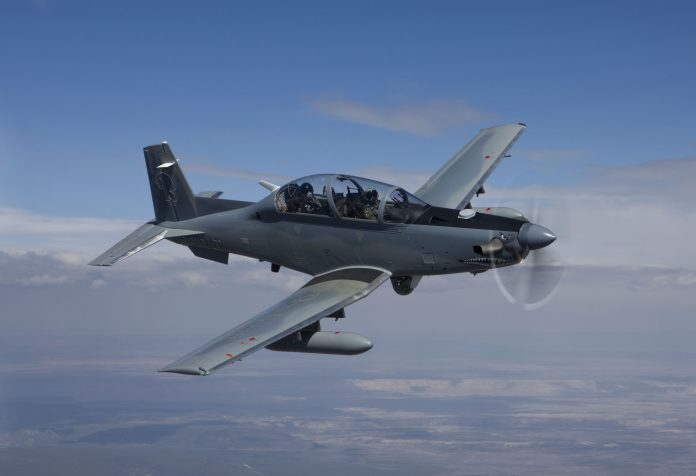 The RTAF will be the international launch customer for the aircraft type, with all eight platforms expected to be assigned to 411 Squadron, part of the 41st Wing based at Chiang Mai Air Base to support anti-smuggling and anti-human trafficking, border security, and counter-narcotics operations.

“We are honoured the Royal Thai Air Force has competitively selected the Beechcraft AT-6 to conduct a broad array of missions in support of its border security and its anti-smuggling, counter-narcotics and anti-human trafficking operations,” said Thomas Hammoor, president and chief executive officer of Textron Aviation Defense.

“The RTAF is a key US security ally and operator of one of the most advanced air forces in Asia Pacific,” added Hammoor. “Its extensive market research and stringent procurement process sought the alignment of best cost, schedule, and performance to replace its existing fleet of aging Aero L-39 Albatros aircraft and advance the capabilities of its fleet with the latest technology.”

The RTAF’s aircraft will be produced at the company’s facilities in Wichita, Kansas with pilot training commencing in 2024. The first aircraft are expected to enter RTAF service in 2024.

The Beechcraft AT-6 Wolverine is also the US Air Force’s (USAF’s) latest light attack aircraft, which has been designated AT-6E. The USAF’s Air Combat Command (ACC) operates one demonstrator aircraft delivered in December 2020 and is expected to receive a second aircraft by the end of the year.

Purpose-built for light attack, counter-insurgency and counter-terrorism missions, the AT-6 platform leverages on the successful T-6 Texan II design.