Home Features From our Correspondents US Heavy Armour Reinforces Korea 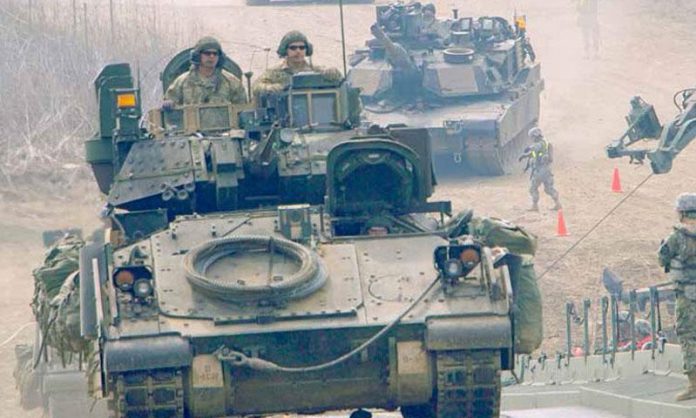 The US Army’s 1st Armoured Brigade Combat Team (ABCT), itself part of the 1st Infantry Division based at Fort Riley, Kansas has taken up station in the Republic of Korea (ROK).

They replace the 1st Brigade Combat Team (BCT), also of the 1st Cavalry Division, which arrived in the ROK in February 2016. This rotation is the third since the US Army initiated exchanging ABCTs for nine month periods. According to the US Army, the latest ABCT structure has three “combined arms battalions (two main battle tank heavy battalions and an infantry heavy battalion), an armoured cavalry squadron reconnaissance battalion, a field artillery battalion, an engineer battalion and a combat support battalion.