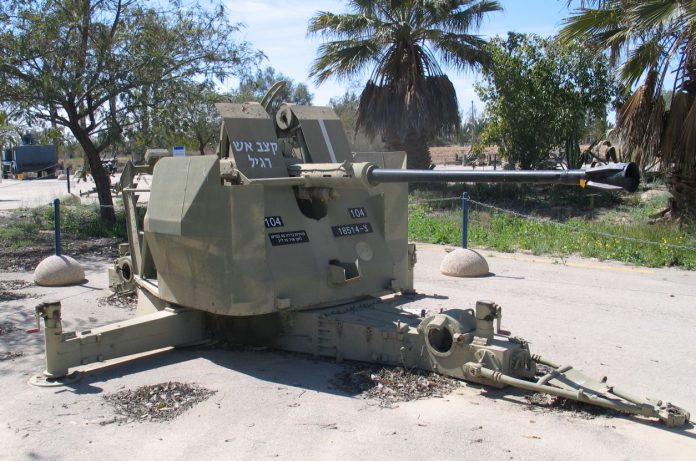 The highlight of Bangalore-based defence company Bharat Electronics Ltd (BEL) during Defense & Security 2017 will be its upgraded Bofors 40mm L70 towed anti-aircraft gun, which features numerous technologies that have been been designed, developed and manufactured by the company.

BEL’s upgrade package was originally developed for the Indian Army, which operates a large number of L70 anti-aircraft guns within its air defence units. A number of these, which were delivered in the mid-1960s, have earlier been upgraded by the state-owned Ordnance Factory Board (OFB), which increased their rate of fire from 240 to 300 rounds per minute (rpm) while engaging targets at 3km.

Each aspect of the gun upgrade, from the processor and interface boards, power amplifiers, stabilised pedestal, and high precision mechanical subsystems to the video tracker and fire control solutions have been fully developed by BEL using its in-house expertise.

BEL has also developed a computer-based simulator designed to train L70 gunners in tracking simulated aerial and ground targets on projected terrain views. The video output of the simulation computer is fed to the video display unit. This simulator system enables the gunners to be trained on the actual controls of the upgraded L70 gun.