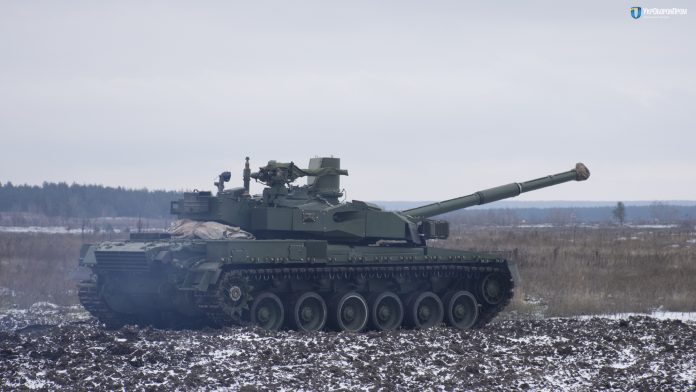 UKROBORONPROM SE “Malyshev Plant” closed 2017 with a record for the enterprise sum of products sold, exceeding 3 billion UAH. For comparison: in 2014 the sales volume was 20 times less, amounting to UAH 150 million only.

This result was achieved due to 100% fulfillment of all tasks, including scheduled shipments of “Oplot” tanks to the Kingdom of Thailand in 2017.

The final for the year 2017 batch of combat vehicles passed stationary and field tests, all products were verified by the customer, received certificates and shipped on December 27.

Under the contract with Thailand, only a few military vehicles left to be delivered to the customer by Malyshev Plant. The enterprise plans to complete the implementation of the agreements in the first quarter of 2018.

Currently, Malyshev Plant is ready to begin implementation of the State Defense Order for the manufacture of tanks “Oplot” for the Armed Forces of Ukraine.

Besides, Malyshev Plant shipped the next batch of motor-transmission facilities for the Republic of Pakistan.

These export contracts were fulfilled in the framework of the enterprise reloading, after all the commitments to the Ministry of Defense of Ukraine were fulfilled: BULAT tanks were repaired and transferred to the tank brigades of the Armed Forces of Ukraine.

Such positive changes were achieved, first of all, thanks to UOP personnel policy, according to which four directors were fired since 2014.

From our Correspondents January 28, 2021