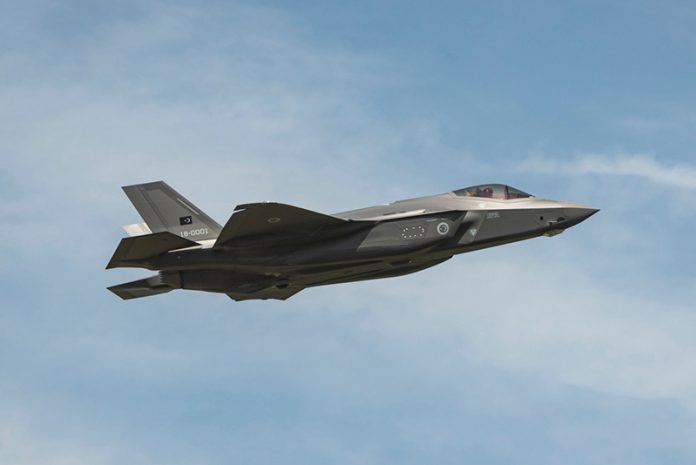 Against a background of steadily worsening relations between the USA and Turkey, the US Government has passed legislation temporarily banning deliveries of the Lockheed Martin F-35 Lightning II Joint Strike Fighter (JSF) to Turkey.

F-35 deliveries to Turkey were barred in the fiscal year 2019 (FY 2019) National Defense Authorization Act. They will remain suspended until the US Department of Defense (DoD) can deliver a report assessing the impact of removing Turkey from the F-35 programme altogether. Additional legislation would then be needed to permanently stop deliveries to Turkey.

Opposition to the delivery of F-35s to Turkey has built steadily, and has been exacerbated by Turkish plans to acquire the S-400 surface-to-air missile system from Russia, prompting concerns that sensitive F-35 data could be compromised. Turkey’s refusal to release American pastor Andrew Brunson has also aggravated the situation, and the USA imposed some economic sanctions on Turkey on 10 August.

Turkey has already ordered 30 F-35As of an expected requirement for about 100 Joint Strike Fighters. Turkey has invested more than $1 billion into the programme, and some ten Turkish companies are heavily involved. Turkish Aerospace (TAI) is a second source for the centre fuselage and will manufacture composite skins and weapon bay doors, as well as fibre placement composite air inlet ducts. Additionally, TAI is strategically manufacturing 45 percent of the F-35’s air-to-ground weapons pylons and adapters. The other Turkish participants include Alp Aviation which manufactures F-35 airframe structure and assemblies, landing gear components and over 100 F135 engine parts, including integrated titanium blade rotors.

Fokker Elmo manufactures 40 percent of the F-35 Electrical Wiring & Interconnection System (EWIS) for aircraft and engine, and is producing all centre section wiring systems for TAI.

Kale Aerospace has manufactured and produced F-35 airframe structures and assemblies for TAI and was the sole source supplier for landing gear up lock assemblies. The company also established a joint venture with Pratt & Whitney to manufacture production hardware for the F135 engine in Izmir.

Aselsan is working with Northrup Grumman on advanced optical components for the F-35 Electro Optical Targeting System, and are working on the F-35 CNI Avionic Interface Controller while Ayesaş is the sole supplier of the panoramic cockpit display and the missile remote interface unit.

Turkey was also slated to host the first of three regional engine depot overhaul facilities in Europe as part of the Turkish Air Force’s 1st HIBM in Eskisehir, in northwestern Turkey, where Turkish F-35 engines were also to have been assembled.

US Defense Secretary James Mattis urged congress not to interfere with Turkey’s F-35 acquisition, noting that it would take between 18 and 24 months to “re-source parts and recover” if Turkey was dropped from the programme. His advice was ignored.

Turkey received its first two F-35As in a ceremony at Fort Worth on 21 June, after which the aircraft were flown to Luke Air Force Base (AFB) for pilot training to begin. The first four Turkish F-35s were intended to remain in the US for training but all such activity has now been suspended. The two aircraft have been placed into storage at Luke and Turkish pilots and maintainers returned to Turkey without completing their training.