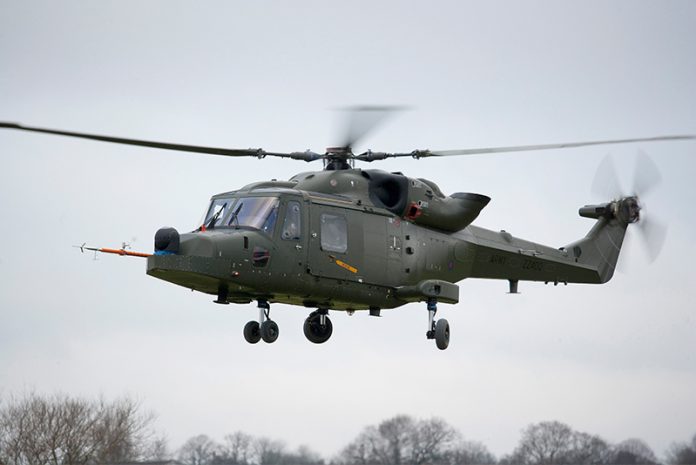 Ten years ago on 12 November, the AW159 Wildcat lifted off for the first time from Yeovil and took to the skies. Over the last decade, the helicopter has celebrated global success and is in current operation with the UK MoD and other international users.

To date more than 70 AW159s in a variety of roles have been delivered to battlefield and maritime military operators around the world. Today the helicopter routinely operates in challenging environments and climatic conditions over land and sea.

The twin-engine multi-role helicopter is able to conduct missions ranging from constabulary to high end warfighting where it has the capability to autonomously detect, identify and attack targets on land and at sea. The high-performance platform has state-of-the-art systems, including a Leonardo Seaspray multi-mode electronically-scanning (E-scan) radar, and integrated Defensive Aids Suite.

The technologically advanced aircraft has a fully integrated and comprehensive suite of mission systems operated through a tactical processor that facilitates rapid tactical assessment in any theatre, day or night. With a military derived HMI designed to reduce aircrew workload and increase cockpit capacity the helicopter delivers excellent situational awareness and mission effectiveness. 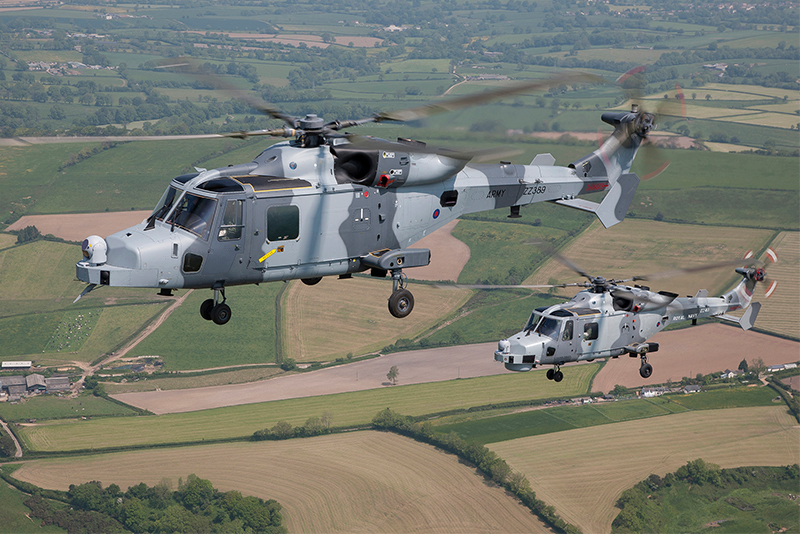 With the AW159, Leonardo provides a full spectrum of capabilities end-to-end, from sensors to support. It is designed from concept to operate safely from the smallest ships’ decks in the harshest environment of poor weather and high sea states.

The AW159’s design was originally conceived in response to the UK MoD’s requirement to replace its legacy Lynx aircraft. In 2002 the Future Lynx project began and it scoped out Surface Combatant Maritime Rotorcraft and Battlefield Light Utility Helicopter requirements. Four years later, the MoD finalised its contract award and in October 2007 the manufacture of the AW159 began. After the maiden flight of the AW159 Lynx Wildcat in 2009, the aircraft conducted its first deck landings on RFA Argus and then HMS Iron Duke in 2011. In May 2012 the first production AW159 Wildcat was received by the British Army. Initial Operating Capability was declared by the Army on schedule in August 2014 and the Royal Navy following as planned in January 2015, just four years after the maiden flight. Success continued with all aircraft delivered to MoD meeting Full Operation Capability by the end of 2015.