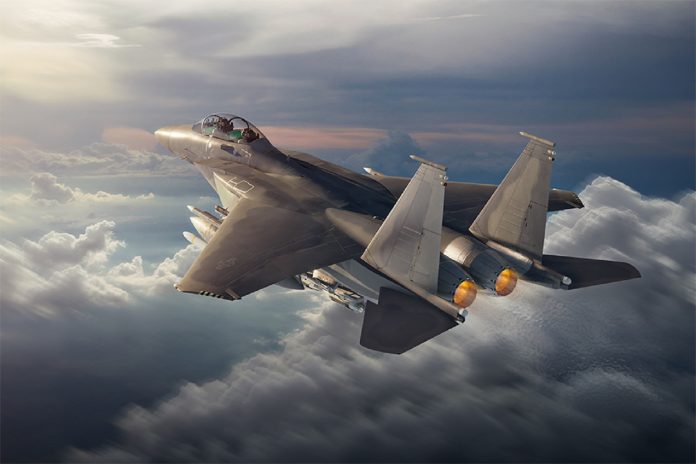 Boeing India has been cleared by the US government to pitch its F-15EX platform for the Indian Air Force’s (IAF’s) medium multirole combat aircraft requirement, company officials revealed ahead of the Aero India 2021 exhibition at the Yelahanka Air Force Station in Bangalore from 3-5 February.

The company is also marketing its F/A-18E/F Block III Super Hornet to the Indian Navy, highlighting the two-seat platform’s carrier-operations pedigree and its compatibility with the service’s current and future aircraft carriers – which are equipped with ski-jumps. The type successfully concluded ski-jump tests from a purpose-built ramp at Naval Air Station Patuxent River, Maryland.

Other platforms being considered by India include the Dassault Rafale, Eurofighter Typhoon, Lockheed Martin F-21 (an enhanced variant of the F-16), Mikoyan MiG-35 and Saab Gripen E.

Boeing’s drive to expand its footprint in the Indian defence ecosystem will also be underpinned by its proposed Boeing India Repair Development and Sustainment (BIRDS) hub initiative, that envisions “a competitive MRO [maintenance, repair and overhaul] ecosystem for engineering, maintenance, skilling, repair and sustainment services of defence and commercial aircraft”,

“India’s aerospace industry is persevering through the global pandemic, which has brought significant challenges. The nation’s fundamental growth drivers remain resilient and robust, making India an attractive business destination globally, and Boeing is committed to the advancement of India’s aerospace industry,” said Salil Gupte, president, Boeing India. “We are excited about the potential for partnership and growth in India and look forward to the dialogue with our customers, partners and industry at Aero India 2021.”

The company is expected to deliver three P-8I maritime patrol aircraft to the Indian Navy this year, and is setting up new infrastructure at the navy’s INS Rajali facility near Arakkonam to support the service’s growing P-8I fleet. India acquired 12 of these long-range aircraft in two separate deals worth over a cumulative US$3 billion.

Boeing is also contracted for 28 AH-64 Apache attack helicopters – 22 for the IAF and six for the army. The army helicopters are expected to enter production this year, with the aerostructures manufactured locally by Tata Boeing Aerospace Limited facility and then sent to the United States for systems integration.